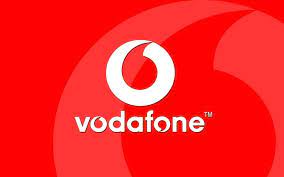 Among the awards they received was the renowned Gender–Oriented Company of the Year.

Vodafone’s female executives were also recognized for their achievements and leadership in a variety of disciplines, as well as their contributions and dedication to the cause of providing equal opportunity, empowerment, and adequate representation for women.

The following awards were also given out:

Mrs. Geta Striggner-Quartey, the Director in Charge of Legal and External Affairs, was recognized for her leadership in sustainability and charitable giving.

Vodafone Ghana’s passion and unwavering dedication to pushing this goal was irrefutable, according to a statement, since the brand and its leadership were purposeful and consistent in their approach to gender issues. The telecoms behemoth not only led the charge for gender equality and diversity, but it also exhibited gender inclusion via its behaviors and policies.

Vodafone had various initiatives that offered experiential training in coding, robotics, and many information communication technologies (ICT) models annually for girls, from the primary to the tertiary level of education, as part of its commitment to help increase female participation in STEM programs and careers.

All of this is in line with the company’s goal of increasing female participation in STEM (Science, Technology, Engineering, and Math) occupations and programs.

Vodafone Ghana encourages outstanding females through its Female Engineering Student Sponsorship Program, which allows them to pursue engineering at the university level while also providing them with internships and positions with the company.

Vodafone’s female executives were genuine instances of “girls encouraging girls to succeed,” to use a phrase. The female leadership had taken mentorship a step further by scheduling one-on-ones with female mentees, whose progress and performance were evaluated and reviewed on a regular basis, in addition to organizing mentoring sessions to motivate and guide young girls to aspire for greatness.

Domestic abuse has also piqued the interest of the award-winning charity, which continues to serve survivors of domestic violence through the Ark Foundation. Last year, Vodafone contributed cash and basic office supplies to the Domestic Violence and Victims Support Unit’s regional offices across Ghana.

The award’s goal is to recognize and honor these women who are not only successful in their careers, but also mentors and role models for future generations of women who have demonstrated inventiveness in leading their organizations and businesses.

Women who have supported gender parity, exhibited innovation, leadership in motivating the next generation, and a strong commitment to creating change for the future were recognized at this year’s awards.