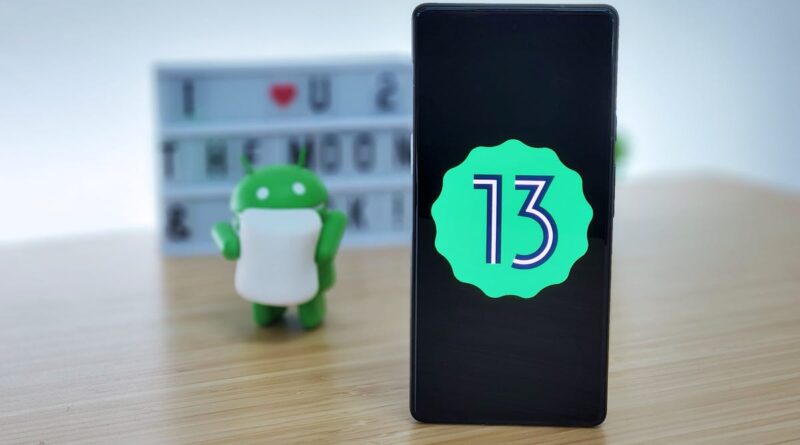 Although Android 12 is still being rolled out to smartphones and tablets, Google is already working on Android 13. (and the midcycle Android 12L). In February, the company released the first Developer Previe the operating system, with monthly upgrades scheduled until July, when the final release is expected.

While a few features have leaked, Google usually keeps its consumer-focused cards close to its vest before the big I/O event in May. There are hints in the code, and the company has let slip a few small features in its announcer, but anything not explicitly announced may simply not make it to consumers due to technical, strategic, or even legal issues, so treat this as a rough indication of what could be coming rather than what is definitely coming.

In February, Google released the first Android 13 Developer Preview. In March, the business aims to issue another preview, followed by the first Beta release in April. Google isn’t going to tell us what Android 13 is all about until after the Android 12L release, which is still a few months away. That announcement is expected at or around Google I/O in May, when the second Android 13 Beta will be released, with a release date sometime between August and September 2022.

Even more Material You

Material You launched with Android 12 as Google’s own enhanced customization option for Android, allowing you to use colors from your background to theme your apps and phone’s UI. It’s already accessible on Google Pixels and a few other Android 12 phones, and Google is aiming to make it universally available on all Android 12L and later devices. Google aims to allow users to modify how those colors appear in Android 13, according to insiders speaking to Android Police. Material You is now pretty pastel. While that may be to some people’s liking, it isn’t for everyone. It also gets a little dull, especially since Android 11 had a much broader, readily available pool of colors to choose from, which was paradoxical.

With Android 13, Google plans to add four more color options to the color palette. You’ll still choose colors from your background, but you’ll have some control over how they’re displayed. “Tonal Spot,” “Vibrant,” “Expressive,” and “Spiritz” are the current possibilities. As Ars Technica points out, Google’s Pixel 6 promo shots have more brilliant hues than Android 12, so this could be a way for Google to address that while also giving users more control.

Google has also revealed that third-party apps would be able to use its themed icons feature. While it was initially a Pixel-only feature with Android 12, Google claims it will now be available to all of their device manufacturer partners.As Android 12’s Material You remains primarily a Google-exclusive initiative, it’s unclear if the firm will be able to see any substantial uptake.

Apple’s Tap to Transfer feature is available on both iPhones and HomePods. You can effortlessly tap the Homepod to shift playback to the speaker for fuller sound without bothering with on-screen controls when playing a song on your iPhone with Apple Music. According to a graphic published by Android Police, Google is working on it for Android 13. There’s not much known about it other than the fact that it exists right now, so it’s more of a possibility than a certainty. Still, given that Google sells Nest Audios and Nest Minis, as well as the wider ecosystem of Cast-enabled smart speakers, this would be a good feature to have.

In the age of COVID-19, QR codes have become far more crucial, and Google may be working on a means to make them easier to use in the future. It’s worth mentioning that QR codes may already be scanned with Google Camera or a similar third-party Android phone software. Google is rumored to be working on a built-in QR code scanner for Android 13 that will function immediately on the lock screen and be accessed through the quick settings app. It’ll be more convenient than the camera, however it may not make a significant difference in terms of practicality. Google’s QR code scanner has lately been chastised for security issues, so ideally the corporation irons out the problems before releasing it.

“To suit the demands of multilingual users, some apps allow users to select a language other than the system language.” Such apps can now use a new platform API to establish or retrieve the user’s preferred language, reducing boilerplate code and improving compatibility when setting the app’s runtime language, according to Google’s Dave Burke.

WhatsApp can be in English, Telegram can be in Russian, WeChat can be in Chinese, and so on.It’s a nice little tool for people who speak multiple languages and communicate with others around the world.

At this point, there isn’t much information on Android 13 available. Although Google is planning on integrating a QR code scanner into Android, you can do it today using the built-in camera apps on many of the top Android phones, or just download and utilize Google Lens. There are hints of an iOS-style music transfer capability, which would allow you to move music between speakers by simply tapping on them, and the operating system could increase multilingual support with per-app language options.