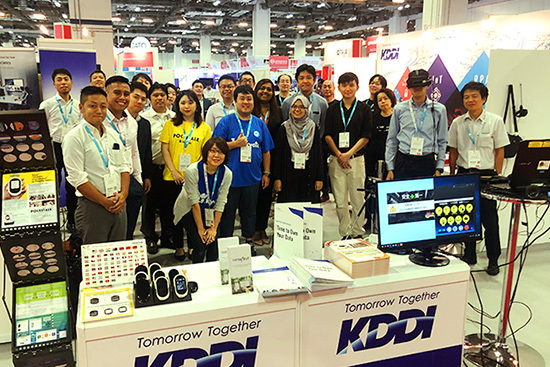 KDDI, a Japanese telecom provider, is expanding its deployment of open standard 5G technology through a new partnership with HPE, which will allow it to accelerate 5G availability across the country.

KDDI will use the HPE ProLiant DL110 Gen10 Plus Telco server for its commercial 5G network, according to HPE. This system enables it to seamlessly integrate its other Open Radio Access Network (O-RAN) equipment and run multiple virtual RAN (vRAN) components while using fewer physical hardware components.

This latest rollout indicates that virtualized 5G deployments are ready for commercial use in the mainstream.

As a result, 5G networks will be expanded more quickly by lowering costs, shortening the time it takes to test and implement new 5G base stations, and ensuring that telecom providers do not face compatibility issues with equipment from different vendors.

“The O-RAN compliant 5G virtualized base stations we developed are now commercially operational,” said Kazuyuki Yoshimura, Chief Technology Officer at KDDI, according to an HPE press release. “With open and virtualized base stations, KDDI aims to provide customers with advanced communication services that support their use cases in a flexible and timely manner.”

Why virtualized 5G is important

Building cellular networks has been a complicated and time-consuming process for many years. First, because vendor systems did not communicate with one another, mobile network operators (MNOs) had to spend a significant amount of time deciding on which technology platform to base their networks on.

Then, after conducting the necessary research and making the necessary decisions, they were locked into a single platform and forced to move at the pace of that particular equipment manufacturer. If a competitor’s hardware was better, they couldn’t use it because it wouldn’t be compatible with their existing systems.

These proprietary hardware systems also necessitated the use of numerous modular RAN components that had to fit together in order to build the 5G infrastructure, such as antennas, transceivers, baseband units, and controllers, all of which were generally custom-made hardware assembled into a purpose-specific base station.

To address this issue, the majority of the companies involved in 5G research, development, and deployment formed the O-RAN Alliance, agreeing to collaborate to build equipment that would interoperate based on open standards.

This universal compatibility resulted in another significant advantage: the ability to virtualize many of the RAN components that previously required dedicated, physical hardware.

This, like traditional virtualization solutions, enables many software-based components to run on a single server with off-the-shelf hardware.

HPE has been at the forefront of the O-RAN Alliance in providing solutions that can be quickly certified and deployed at low cost, allowing 5G MNOs to expand their networks at a previously unthinkable rate.

“It’s an honor to support KDDI’s initiative with HPE telco infrastructure as digital transformation accelerates in Japan,” said Hirokazu Mochizuki, managing director, HPE Japan, in a press release. “With over 30 years of expertise and innovation in the telecommunications industry,

We look forward to joining forces with KDDI in propelling the 5G economy and contributing to a sustainable society.”