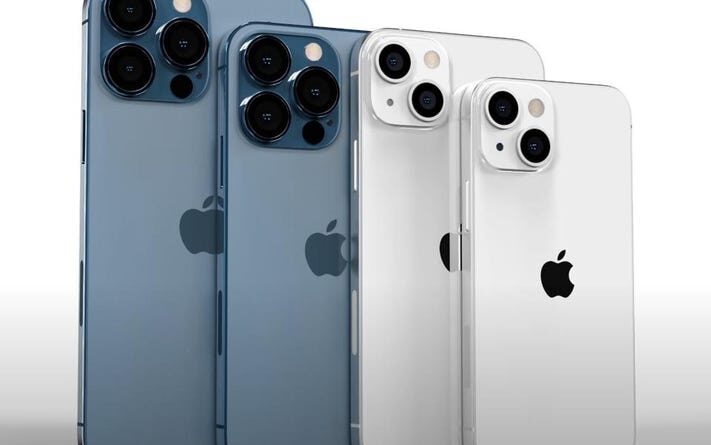 The iPhone 13 Pro Max is the most premium option in the iPhone 13 series, as well as the successor to the iPhone 12 Pro Max, which was released last year. It comes with a faster processor, more storage, better cameras, and a larger battery as a sequel. This is essentially the same story as its siblings and forerunners.

The iPhone 13 Pro Max’s design isn’t that different from the iPhone 12 Pro Max’s, as seen on its siblings. The difference in design can only be seen by users who are looking for it and are willing to look closely.

So we’ve got the same last sides, the same camera module design on the back, and a bump with three cameras, an LED flash, a microphone, and an LED flash. Graphite, Gold, Silver, and Sierra Blue are the color possibilities for the rear panel. They may appear to be different on paper, but there’s no disputing that they’re similar to last year’s colors.

Moving forward, we see a display that is the same size as the previous year’s model. Apple, on the other hand, reduced the notch horizontally by 20%, resulting in a slightly smaller notch.

Apple is still offering a 120Hz refresh rate on the display this year, which promises a smoother experience. The refresh rate, on the other hand, is flexible and only applies when necessary. This technique was implemented to aid with battery conservation.

The display on the iPhone 13 Pro Max is an AMOLED panel with Super XDR technology. It has a 1284 x 2778 pixel resolution and a density of about 458 pixels per inch.

This year, Apple made an effort to improve the software’s capabilities. The highlights of these enhancements may be summarised in two words: “cinematic mode” and “photography profiles,” both of which are prominent on the back setup.

When another subject is tapped while recording video, the Cinematic mode causes a shift in focus. A bokeh effect occurs when the foreground topic is blurred out.

Photography profiles, on the other hand, allow you to apply a certain tint to all images produced right from the camera. With this option enabled, you won’t have to re-edit your images once they’ve been taken.

Another 12MP camera is available for selfies. With an aperture of f/2.2, though.

This camera is also capable of shooting videos up to 4k @ 60fps.

However, we have a larger battery here, with an 18.5 percent boost in battery performance when compared to the iPhone 12 Pro.

The A15 Bionic chip is at the heart of the iPhone 13 Pro Max’s performance arrangement. Furthermore, we have 6GB of RAM, as well as storage options of 128GB, 256GB, 512GB, and a gigantic 1TB.

Internet connectivity here is capped at 5G, which means users can utilize 5G connectivity on this device for downloads, uploads, and downloads.