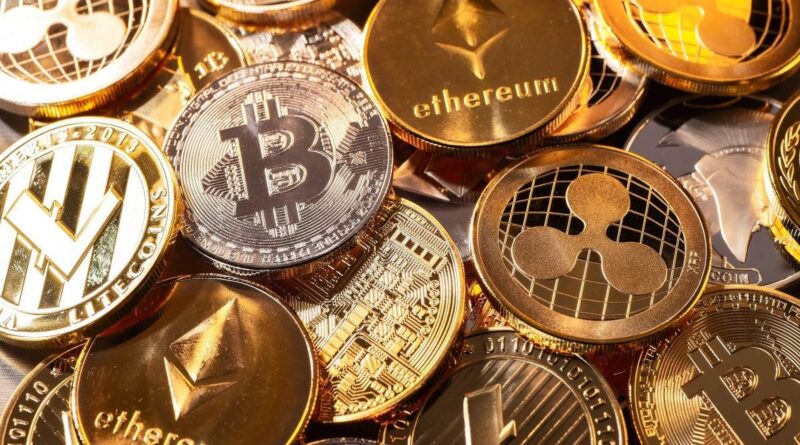 BITCOIN: Every day we find some celebrity talking about cryptocurrency, whether it is Lionel Messi, Mike Tyson, Sir Amitabh Bachchan, Twitter CEO Jack Dorsey, or the meme god and Tesla CEO Elon Musk. Despite the fact that Bitcoin is not a new concept, a sizable portion of the population remains unaware of it. That is why we have provided answers to the most often asked questions concerning bitcoin investment in India.

We’ve developed a list of questions and answers that you should be aware of before making your first bitcoin investment.

1. What Is Cryptocurrency and How Does It Work?

A cryptocurrency is a type of digital asset that may be used to pay for products and services via the internet. Many businesses have created their own currencies, which may be exchanged for specific goods or services.

2. What is BlockChain and how does it work?

A blockchain is a growing list of documents, known as blocks, that are cryptographically linked together. Each block contains the preceding block’s cryptographic hash (secret code), a timestamp, and transaction data.

Simply said, it is a method of storing data in such a way that it is difficult or impossible to alter, hack, or trick the system. A blockchain is essentially a digital log of transactions that is disseminated over the entire blockchain network of computer systems around the world, making it extremely difficult for someone to track each one in order to steal or destroy them.

3. What is the difference between a public and a private blockchain?

A public blockchain is one that does not require authorization. Anyone can join the blockchain network and read, write, or participate in it. It is decentralized, with no single entity in charge of the network. Data on a public blockchain is safe because it is impossible to change or edit data after it has been confirmed.

Bitcoin and Ethereum are two examples.

Private Blockchain: A private blockchain is a permission-based blockchain whose functionality is dependent on access rules that limit who can join the network. The network is controlled by one or more entities, which necessitates reliance on third parties to transact. Only the parties involved in a transaction will have knowledge of it in a private blockchain, and others will not be able to access it.

The Linux Foundation’s Hyperledger Fabric is an example.

4. Is it risky to invest in or own cryptocurrency?

Cryptocurrency’s value, like that of real currency and equities, is determined by a number of factors, including price determination theory (demand and supply) and other economic factors. Because the supply of cryptocurrencies is limited, demand is a big factor in determining how much they cost.

Cryptocurrencies, like real currencies, create no cash flow, therefore in order for you to profit, someone else must pay more for the currency than you did. Investing in crypto is not like buying a lottery ticket, which can yield a quick reward; to make a true profit, one must be patient and hold it for a longer length of time.

5. What are the different sorts of cryptocurrencies?

6. Is it legal to use cryptocurrency in India?

In India, cryptocurrencies are not prohibited, which means that anyone can purchase, sell, and exchange them. The Indian government has yet to create a regulatory framework for cryptocurrency, leaving it unregulated; however, they do occasionally provide guidelines on the subject. For example, the Indian government issued a statement in 2018 to prohibit the trading of cryptocurrency because some people were abusing it at the time, but later revoked the statement, stating that the “Government will explore the use of Blockchain technology proactively for assuring in the Digital Economy.” Their remark does not imply that dealing in cryptocurrency is prohibited.

Even if the government decides to outright outlaw it in the future (which is highly improbable), they will almost certainly provide provisions for those who wish to convert or sell their crypto holdings.

7. Do I have to pay tax on cryptocurrency or is GST applicable?

According to the Income Tax Act of 1961, every income that is not specifically exempted is subject to taxation. The same is true for GST: under the Goods and Services Act of 2017, any business, organization, or company that provides any service is required to pay GST unless they are specifically exempted.

Companies dealing with virtual currencies must now report profit or loss on crypto transactions, the number of cryptos they have, and deposits or advances from any individual for the purpose of trading or investing in cryptocurrencies in their balance sheets, according to the Corporate Affairs Ministry.

8. What is the amount of tax I must pay?

A person who makes money from the sale of cryptocurrency:

The assessing officer can tax it under either – or – the Income Tax Act of 1961.

B Other Sources of Income – It will be taxed according to the appropriate Tax Slab.

GST is charged at varying rates, although in most cases, it is 18 percent on the taxable amount of goods or services given.

9. where can I buy cryptocurrency in India?

A wallet can be used to purchase bitcoin, and each individual who has a balance in the wallet has a private key (secret number) that corresponds to the wallet’s Bitcoin address. Bitcoin wallets allow users to send and receive Bitcoins while also granting them ownership of their Bitcoin amount.

These wallets are available in a variety of formats, with the four most common being desktop, mobile, web, and hardware (cold wallet):

A Desktop Wallet (Hot Wallet) is a wallet that is installed on a desktop computer and gives the user complete control over it. WazirX is a good example.

B Mobile Wallet (Hot Wallet): A wallet that is installed on a phone and gives the user complete control over it. WazirX, Coinbase, and Binance are just a few examples.

C Web Wallet (Hot Wallet): Web wallets allow you to access your information from anywhere, using any browser or mobile device. Because your private keys are stored online, you must choose your web wallet carefully. WazirX and CoinDCX are two examples.

They store bitcoin on a physical piece of equipment that is generally plugged into a computer through a USB port.

D Hardware Wallet (Cold Wallet): They store cryptocurrency on a physical piece of equipment that is usually plugged into a computer via a USB port. The typical cost of a wallet like this is Rs. 10,000. Trezor and Ledger Nano are two examples.

One of the most important things to do before making any type of investment, whether it’s inland, buildings, jewelry, stocks, bonds, or cryptocurrency, is to conduct a thorough study into the technology behind it, as well as who invented it and why.

What is the coin’s current rank? Check out CoinMarketCap for more information.

B Keep a close eye on how it performs over time.

C See what other people have to say about it on the internet.

11. Should I Take Any Precautions?

Before you invest in cryptocurrencies in India, keep the following points in mind:

A Make sure the wallet you’re using is secure.

B Don’t put all of your money into a single coin or wallet.

C It is preferable to invest using a new email address.

E Only invest in hot wallets for a short period of time and a small amount of money.

F Store is a long-term investment in Cold Wallets.