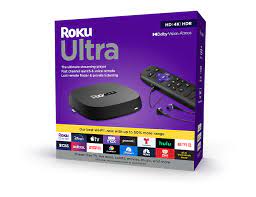 Roku has announced the release of a new independent developer kit that would allow developers to “experiment with and personalize their devices” for personal usage. Roku expects the IDK to spur innovation in internet-of-things applications like connecting a Roku device to a thermostat or game development.

At its online developer summit this week, Roku outlined its intentions for the new IDK. In a press release announcing the IDK, the company stated that its Roku SDK will continue to be the primary channel development kit for commercial applications, but that the new developer kit “allows developers to explore the platform’s capabilities and personalize their Roku experience.”

Roku’s VP of content partnerships Tedd Cittadine said during a keynote address that the company isn’t sure how developers will use the new IDK, but its primary purpose is to help Roku continue to innovate its platform. Designing games that operate exclusively with the Roku remote or building apps to control smart home gadgets around the house are examples of possible applications.

In a FAQ regarding the new developer kit, the business started, “Developers can use the IDK and write in their own programming language to create apps outside streaming channels.” “Developers can, for example, use JavaScript to create applications that pull data from multiple sources, thereby turning their TV monitor into a snapshot picture of their daily news, weather, calendar appointments, and even traffic conditions for their office commute.”

IDK applications will not be supported on Roku TVs, stream bars, or legacy streaming players, according to Roku. Roku devices running Roku OS 10.5 or higher will also be required. Roku also announced the development of a new beta channel tool for developers to test their apps before bringing changes live on the platform, in addition to the IDK.

Finally, the firm announced that non-certified channels will be removed from its platform by March of next year. These are SDK channels that developers use to test their code. “They are not published to the Roku channel store or shared publicly since in most cases, they are channels that are being tested ahead of launch,” a company spokesperson told The Verge. The business wouldn’t say how many non-certified channels would be affected by the switch.