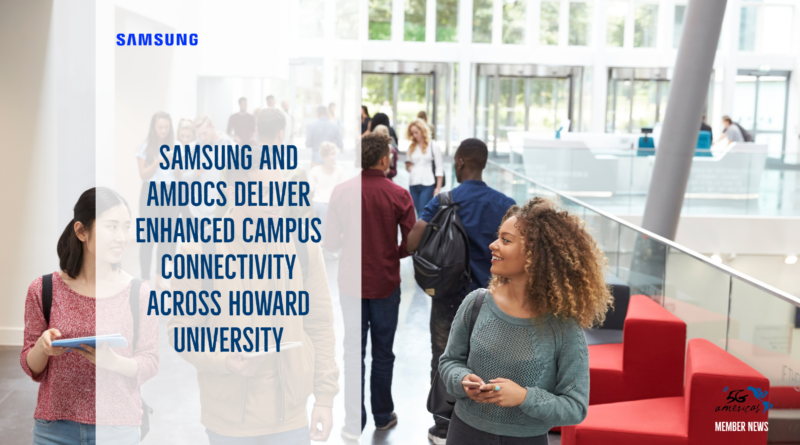 Samsung has teamed up with software firm Amdocs to create one of the first campus-wide private 5G networks at a major American institution, allowing students and teachers to securely access learning and information resources from anywhere on campus. The two firms announced the first project in a new relationship to supply end-to-end 4G and 5G private network solutions to major corporations across the United States: the implementation of a new private 5G network at Howard University in Washington, D.C. This initiative will cover not only higher education institutions like Howard University, but also industries including utilities, manufacturing, logistics, transportation, and retail.

This new project will provide “secure and upgraded broadband connectivity to students, faculty, and local people roaming the university’s campus,” according to Samsung.

What are 5G private networks?

Because 5G can supply the same high bandwidth and low latency as standard Wi-Fi networks at substantially greater range, the power and flexibility of 5G technology is driving growing demand for private 5G networks among larger enterprises.

Citizens Broadband Radio Service (CBRS) spectrum — an unlicensed portion of midband radio frequencies in the 3.55GHz to 3.7GHz region — is used by private 5G technologies in the United States.

If you’ve been following the recent C-band squabble between wireless carriers and the aviation sector, you’ll notice that these frequencies are close to the more contentious spectrum that Verizon and AT&T started installing last month.

In practice, this places it in the same performance category as the new C-band spectrum, but far enough away from the 4GHz line to avoid causing concern among aviation officials.

In fact, when the FCC first opened up the CBRS spectrum to commercial usage, it set aside portions of the band for the US federal government to avoid interfering with US Navy radar systems and aircraft communications. The FCC, however, opted to abolish these limits fully by 2020, allowing 5G mobile networks to be deployed without the requirement for spectrum licenses.

This has ushered in a slew of new 5G applications that will aid in the advancement of the internet of things while also delivering far better connectivity alternatives for corporate and school campus networks.

Samsung claims that the “CBRS-powered private network provides the high levels of security required as well as the greater data speeds and lower latency needed to ensure increased connectivity to more than 6,000 students going around campus” at Howard University.

The new 5G CBRS network will be used to supplement Howard University’s current Wi-Fi networks, according to Jahmal Cue, senior network and infrastructure manager. Cue didn’t go into detail about how the new private 5G network will be used, but he did state that it “supported the numerous use cases on campus.”

The fact that many consumer devices do not yet support the frequencies in the CBRS spectrum is the largest hurdle to more widespread usage of private 5G networks, despite the fact that they use 5G technology. Not every one of those who do can be set up to connect to both a private and public 5G network at the same time.

Private 5G networks, like your carrier, require a physical SIM card or an eSIM to connect a smartphone or tablet to their networks. To wander freely between public and private 5G networks, customers would need a dual-SIM smartphone. If you’re carrying the latest iPhone or Samsung Galaxy flagship smartphone, this isn’t a problem, but it isn’t a choice for everyone.

While providing end users with direct and secure access is the primary benefit of private 5G networks, it is far from the only use case. Because of its range and performance, 5G is perfect for connecting many buildings on a campus and effectively backhauling Wi-Fi data over CBRS. Rather than building kilometres of fiber-optic cable, this is usually significantly more cost-effective.

We’re also only in the early stages of private 5G network technology, and many educators are already anticipating the potential that will emerge as mobile carriers like AT&T and Verizon fully embrace the technology. Bridging private 5G networks onto public 5G services, allowing the university network to be accessible effortlessly from anywhere in the country, and advancing remote learning without the use of burdensome VPN technologies are just some of the possibilities.