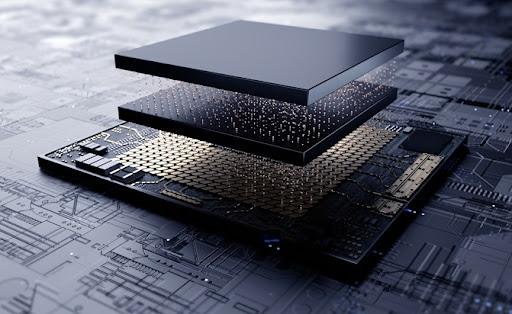 As previously reported by The Wall Street Journal, Samsung has formally revealed a new advanced chip-making plant in Texas that is expected to cost roughly $17 billion and create 1,800 jobs.

The new plant will be built near Taylor, some 30 miles south of Austin, where Samsung already has a facility. According to the WSJ, the new location is around 1,200 acres in size, making it larger than Samsung’s Austin facility.

“With expanded manufacturing capacity, we will be able to better fulfill the needs of our customers and contribute to the stability of the global semiconductor supply chain,” says Kinam Kim, vice chairman and CEO of Samsung Electronics Device Solutions Division.

“We are grateful to the Biden Administration, in addition to our Texas partners, for fostering an environment that supports firms like Samsung as we try to increase leading-edge semiconductor manufacturing in the United States,” he stated. We also appreciate the administration’s and Congress’s bipartisan support for enacting federal incentives for domestic chip production and innovation as soon as possible.”

Samsung intends to begin construction on the site next year and begin producing chips in 2024. Samsung is scheduled to start producing CPUs at the new plant in the near future, both for its own use and for use in other firms’ products.

According to the WSJ, the city of Taylor also offered Samsung incentives to establish its facility there, including property tax discounts of over 90% for the first ten years.

Samsung is a memory chip manufacturing behemoth, but the Taylor plant will most certainly be used to produce advanced chips for other companies based on their designs. According to previous rumors, this new plant might make chips as sophisticated as 3nm. Samsung has previously manufactured semiconductors for Qualcomm and Nvidia.

The expansion comes as the worldwide semiconductor scarcity continues to wreak havoc on everyone from video game console makers to automobile manufacturers. According to recent comments from Intel CEO Pat Gelsinger, the situation is unlikely to improve until at least 2023.

As a result, the Biden administration is working to boost US chip output, decreasing the risk of supply chain disruption and reversing the country’s recent decline in manufacturing share. According to Bloomberg, the Senate recently authorized $52 billion in subsidies for new chipmaking operations, albeit the CHIPS Act has yet to pass the House of Representatives.

The chip industry is planning capacity expansions, but many of the new plants will not be operational for some time. The production of TSMC and Sony’s new $7 billion chip facility in Japan will not begin until 2024, the same year as TSMC’s massive $12 billion Arizona plant. Over the next three years, TSMC aims to invest over $100 billion in new semiconductor plants, while Intel plans to invest a comparable amount in the US and Europe over the next decade.

One thought on “Just In: Samsung is building a new $17 billion advanced chip plant in Texas”