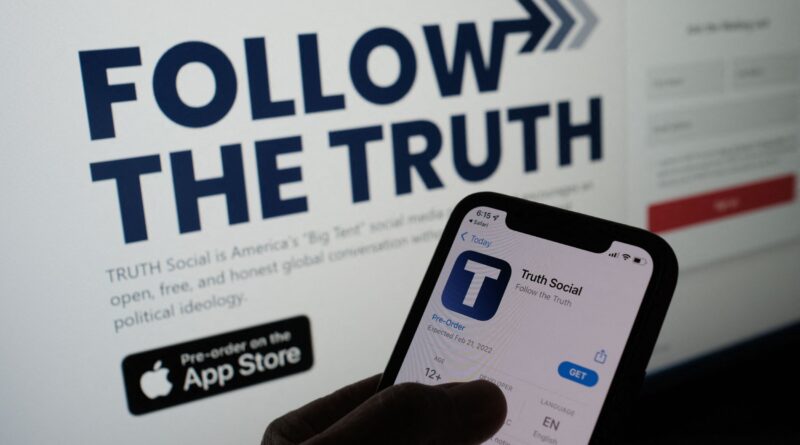 Truth Social, a social media network created by Donald Trump’s new media organization, is now available on the Apple App Store in the United States. According to Reuters, the iOS software was ready for download shortly before midnight eastern time on February 21st, just in time for Presidents Day.

The site looks to be fashioned after Trump’s prior favourite social media network, Twitter. After Twitter claimed he was inciting violence in the aftermath of the assault of the US Capitol building, the former president was banned from the platform in early 2021.

Truth Social’s website is occasionally loading as of this writing, but it is gathering names and email information from individuals who want to sign up. Instead of instantly upgrading us to a more secure HTTPS session when we accessed the site in Chrome or Safari, it served the page to us through an HTTP connection. HTTPS is supported by Truth Social, however it must be explicitly entered in at the beginning of the URL (although links pointing directly to the HTTPS version will result in a secure session). The site also features a public commitment to open-source ideals, which is a concession from the Mastodon project’s prior conflict.

According to CNET, some customers who signed up through the site have received ambiguous “Something went wrong” error messages, while others have been told that they’ve been placed on a waitlist due to “high demand.” The Washington Post’s verification email did not come, according to one writer.

Conservative politicians and commentators have regularly chastised Twitter and other large tech companies for what they perceive to be too harsh moderation of right-wing viewpoints. As a result, a slew of right-wing sites, such as Parler, Gettr, and YouTube competitor Rumble, have exploded in popularity.

Individual posts are purportedly referred to as “Truths” by Truth Social instead of tweets, and are displayed to users on a “Truth Feed.” You can allegedly “ReTruth” any “Truth” that you choose to share with your followers. Support for direct messaging, as well as user authentication, are also in the works, according to the platform’s chief product officer.

Truth Social is said to have been in beta since December, with roughly 500 users. Trump Media and Technology Group (TMTG), which is led by former Representative Devin Nunes, is working on it. Nunes said he anticipated the service would be “totally operational” by the end of March in an interview with Fox News on Sunday.

Although an official launch date for the service’s Android app has yet to be disclosed, Truth Social’s website states that it will be available “soon” on the Google Play Store.

The announcement comes just over a year after Donald Trump attempted to build a new “platform.” The end result resembled a conventional blog in format, but it was shut down less than a month later.