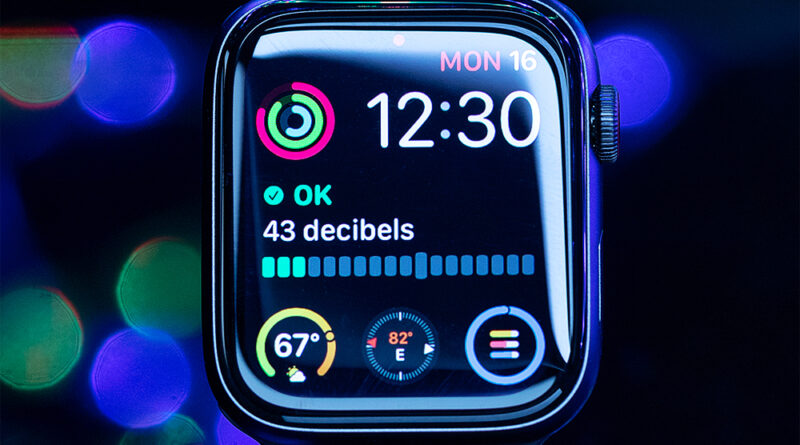 In terms of design, the Apple Watch Series 5 is similar to its predecessor. There isn’t much of a physical difference to notice. Both the Series 5 and Series 4 chassis have fairly similar designs.

The Apple Watch Series 5 sports an apple watch-like design that has evolved through time to its current appearance. You have a highly sophisticated appearance that is favored by many smartwatches.

The Apple Watch Series 5 comes in Aluminum and Stainless Steel, as well as a limited-edition Titanium and Ceramics model.

The smartwatch’s size variations are identical to those of its predecessor. There are two sizes available: 40mm and 44mm. The 44mm and 40mm sizes are available in both aluminum and stainless steel.

The Apple Watch Series 5 has an LTPO OLED capacitive touchscreen display, which is one of the crispest displays I’ve seen on any smartwatch.

Apple introduced the always-on display functionality to the Apple Watch this year. Rather than having to do things the old-fashioned way. Users may now see the time and other information without having to actively switch on the display.

The display light dims somewhat when inactive, allowing you to see basic details. Raising your hand with the Apple Watch boosts the brightness of the display, making it much brighter.

When it comes to brightness, the smartwatch can reach 1000 nits. It’s bright enough to see the characters outside.

The Apple Series 5 is without a doubt one of the most powerful smartwatches on the market. When it comes to hardware specifications, it completely crushes the competition.

The wristwatch has a 64-bit dual-core processor, 32GB of internal storage, and a non-removable battery that, according to Apple, should last roughly 18 hours.

The Apple Watch Series 5’s battery can be charged wirelessly because it supports wireless charging.

The Apple Series 5’s software isn’t bad at all. It’s a step up from the Apple Watch Series 4. It provides consumers with a solid mix of functions that make it a useful smartphone extension as well as a fitness tracking device.

The Apple Watch Series 5 is powered by the watchOS 6.0 operating system, which may be upgraded to 6.1.1. This operating system is jam-packed with features that aficionados will adore. It is important to note that it does not sync with Android phones.

Because it is filled with functions that help users stay healthy, the smartwatch tries its best to keep users healthy and safe from health threats.

To begin with, the Apple Watch Series 5 has a noise detection feature that monitors the sound around you and alerts users to noise pollution when it detects sound levels above 90 decibels. It will issue a warning, stating that exposure to that level of sound can result in hearing loss.

It also includes a period tracker for women. It gives you information about the start of the next period 7 days before the actual date once it has been synced with your personal information. The tracking method can also be used to determine when a woman is fertile.

In the event of a fall, the Apple Series 5 asks whether you’re okay, and if you don’t respond, it sends emergency texts to the persons you’ve designated as emergency contacts.

Still on the subject of health. The Apple Watch Series 5 includes a technology that alerts users to abnormal heartbeat rhythms. It works a little differently than the ECG sensor, which is useful for people who have blood pressure problems.

Similar to the Kospet Prime, the Apple Watch Series 5 is an LTE-connected device with WiFi capabilities. The internet speed limit in this area is 4G.

Bluetooth 5.0 and NFC connections are also available on the smartwatch.