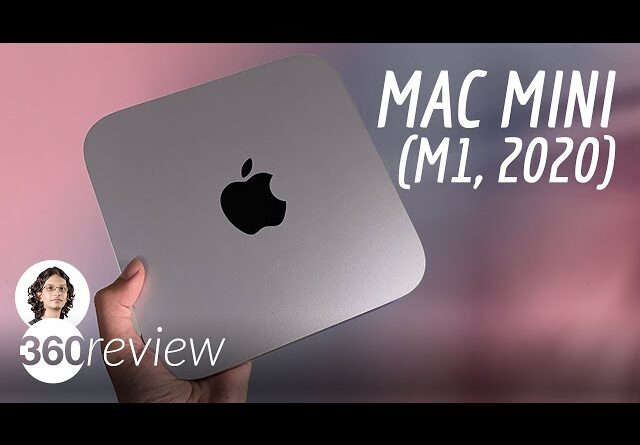 APPLE OCTOBER 2021 EVENT: Apple’s California Streaming event, which featured the iPhone 13 lineup, a redesigned iPad Mini, and the Apple Watch Series 7, was jam-packed with surprises. But we were also surprised by what was missing from the show.

The AirPods 3 and new MacBook Pros, which had been heavily rumored, did not make an appearance. What’s the good news? We probably won’t have to wait long for them to hit the stage. Apple is widely expected to announce a new presentation as early as next month. If you’re curious about what Apple might reveal, you’re in luck: we’ve compiled a list of everything we expect to see at the company’s next event.

When is it going to be?

Although this event has yet to be formally announced, we may make some educated assumptions regarding the date based on speculation and recent news.

Apple is rumored to be planning two September events, one for the iPhone 13 and the other for the M1X MacBook Pro, according to leakers Jon Prosser and Mark Gurman. This looked improbable at the time, but if it turns out to be genuine, official invitations will be sent out on September 21 for a September 28 event.

A date in October is the most likely conclusion. This would give greater breathing room between events while also aligning with Apple’s usual schedule. Apple has held events in October on seven occasions in the last ten years. The majority (but not all) of these performances took place in mid-to-late October. Gurman recently reported that the M1X MacBook Pros would be available in “several” weeks, implying a launch in October.

Any Tuesday in October is feasible, but based on recent years, we think the most likely dates are October 19 or October 26.

Apple has been rumored to be updating its MacBook Pro series this year for quite some time. Given the company’s proclivity for October Mac events, it appears that the time has come.

So, what do we have to look forward to? According to multiple credible sources, Apple is considering a substantial overhaul of the MacBook Pro 13 that will reduce bezels and enlarge the screen to make it a 14-inch model. This display will use the same mini-LED technology as the 12.9-inch iPad Pro, resulting in significantly improved brightness and contrast. For the first time since 2016, the Touch Bar is scheduled to be removed.

The chassis will be redesigned to have a flat edge, and there will be a lot more port variety (including the return of the much-loved MagSafe, plus HDMI and an SD card slot). New processors, most likely the M1X, are also coming, with considerably better graphics performance. All of these upgrades are planned for the MacBook Pro 16, which will receive an Apple Silicon chip for the first time — the M1X chip with extra GPU cores.

In October, we should expect not only new mobile MacBooks but also a refresh of the Mac Mini. Apple’s small-scale computer currently has only one chip option (the Apple M1). Apple is anticipated to discontinue the Intel versions this year in favor of a high-end edition with the new M1X CPU.

There have also been speculations about a new Mac Mini featuring more Thunderbolt connections, a MagSafe power connector, and a “plexiglass-like top.”

Although the M1 Mac Mini has only been on the market for a year, we expect Apple to keep selling it alongside this “Mac Mini Pro” variant for creative professionals.

We expected AirPods 3 to come up at Apple’s California Streaming event, as did a number of high-profile reporters, analysts, and leakers. That, however, did not happen for several reasons. Nonetheless, given the many rumors around this product and the highly competent personnel behind it, we anticipate seeing it at some point this year.

So, what’s in store for the AirPods 3? For months, rumors have circulated that Apple is planned to make them seem more like the AirPods Pro. As a result, the stems are substantially shorter, resulting in a sleeker and more compact overall product. They won’t get the AirPods Pro’s silicone tips, though, which are crucial to the AirPods Pro’s active noise cancellation, which Apple likely intends to preserve as a high-end feature.

One of the worst-kept secrets in tech is Apple’s mixed-reality headset. The headset’s features, design, and other aspects have been covered by a number of commentators and sites. We now know it will combine augmented and virtual reality, have 8K displays for each eye and be significantly lighter than competitors. We’re just waiting for a release date now.

Gurman stated in March 2021 that Apple planned to introduce the headset “within the next several months” at an in-person event, with a 2022 launch following. This sparked speculation that the device would be unveiled in 2021.

However, that currently appears to be highly doubtful. Given that Apple’s online-only events aren’t slowing down (California Streaming was totally virtual, for example), an in-person event in 2021 seems unlikely. We have no doubt that Apple would want to demonstrate and explain its new toy at an offline event so that people could test it out, but given the current situation of the world, we doubt the corporation is ready.

Other reports, on the other hand, support the 2022 launch date. It’s feasible that Apple may conduct an in-person event in early 2022, followed by the release of the headset later that year. It’s also possible that the release date has been moved back to 2023. Regardless, an October shows that is entirely virtual — and hence not the ideal setting for Apple’s mixed-reality headset — appears to be a foregone conclusion.

What else is coming next year?

There is a slew of additional Apple devices in the works that have been widely speculated but are unlikely to be ready in time for the next Apple event. Even so, we’ll go through them briefly so you know what to anticipate if one of them makes a surprise appearance at the show.

The MacBook Air is first on the list. Apple released the latest iteration of its lightweight notebook, the MacBook Air, in 2020, at the same time as the MacBook Pro. Things, on the other hand, are predicted to go a little differently this year. The upcoming MacBook Air, according to leaker Jon Prosser, would have a revamped chassis and come in a variety of bright, exciting colors, exactly like the 24-inch iMac. However, don’t expect it before spring 2022 at the earliest.

A high-end iMac is also set to debut in April 2022. When Apple debuted the 24-inch iMac in April 2021, it updated the smaller model, while the 27-inch model remained untouched. Expect a similar redesign to its smaller sibling, as well as a new Apple Silicon chip.

Apple is also rumored to be working on a new Mac Pro — as well as a second “half-sized” Mac Pro — for the professional market. It will arrive next year, allowing Apple to concentrate on the MacBook Pro in late 2021.

Finally, the AirPods Pro will be updated in 2022. They haven’t been touched since their launch in 2019, and word on the street is that Apple is planning to do away with the stem entirely in the next edition.

As previously said, none of these gadgets are expected to be unveiled at Apple’s October presentation. However, given how many shocks there were at the California Streaming event, Apple could still have something surprising in store for next month.

16 thoughts on “M1X MacBook Pro, AirPods 3 And More To Be Unfolded On Apple October 2021 event”