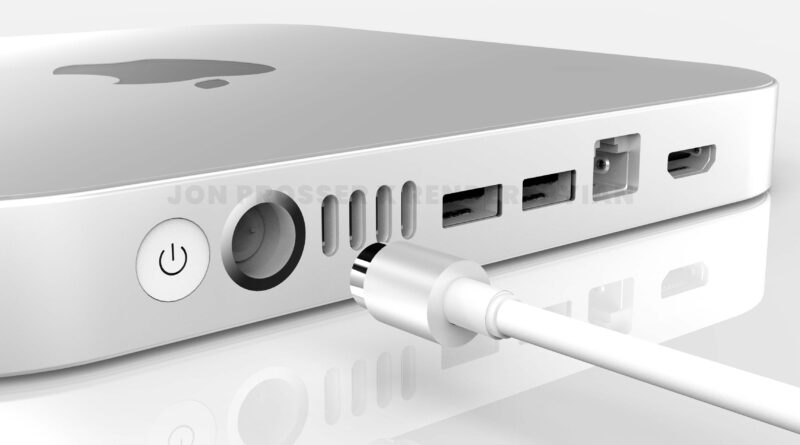 An improved Mac Mini is expected to debut at Apple’s forthcoming spring presentation in just a few weeks.

If the rumors are true, this more powerful Mac Mini could be a far more revolutionary computer than you might think. Is it possible for something so little to be considered “Pro?” Perhaps, if Apple plays its cards correctly.

The Mac Mini has been a popular entry-level Mac since its introduction more than 15 years ago. It’s inexpensive and compact, making it ideal for working from home.

Furthermore, the addition of the M1 has given it a surprising amount of power. The Mac Mini’s compact form factor was a perfect match for the highly efficient processor, which delivered excellent performance without requiring much additional thermal headroom.

However, the issue was always with the graphics department. A discrete graphics card would be impossible to fit in the chassis, especially given the airflow and fans required to keep a standard GPU cool.

Consider how hot and loud gaming computers can be, and multiply that by the square, 1.4-inch-thick Mac Mini. It’s not adding up.

As a result, the type of work that could be done with simply the Mac Mini was limited. The M1, as good as it is, will not speed up Premiere exports or game play.

That’s where the M1 Pro enters the picture.

The M1 Pro to save the day

The processor was first unveiled for the MacBook Pro last year, and it offers a significant boost in graphics performance over the M1. This is exactly what the upcoming Mac Mini is expected to have. It’s possible that Apple will just call it the “Mac Mini Pro.”

Despite the upgraded graphics, the MacBook Pro remained cool and quiet. I don’t see why the Mac Mini couldn’t get the same upgrade.

Of course, the M1 Max would be much better, but Apple may prefer to keep the gadget tiny and conserve the performance for the future iMac Pro. Who knows, though. I had initially assumed that the M1 Max would be limited to the 16-inch MacBook Pro, but this was not the case.

Last year, an improved Mac Mini was supposed to be released alongside the MacBook Pro. According to Jon Prosser, it will have four Thunderbolt ports, a magnetic power connector, and a new “plexiglass-like” top.

Surprisingly, this new design was said to be thinner than the regular Mac Mini.

It’s debatable whether any of that is still true. After all, when the M1 Pro and M1 Max arrived, even the MacBook Pro expanded in thickness.

The M1 Pro is exciting enough on its own, even without the updated aesthetic. Discrete-level graphics in such a compact form factor has never been attempted before. With GPUs being so costly right now, this is even more crucial. Apple could easily overcharge for that innovation, but the M1 Mac Mini’s starting price of $699 looks encouraging.

Apple costs $350 more for a MacBook Air with a same configuration as it does for the M1 Mac Mini. It’s unclear how that price scaling will apply to a Mac Mini Pro.

Apple may have exploited the M1’s remarkable efficiency to revolutionize yet another category in computing if it can pull it off, especially without costing too much.