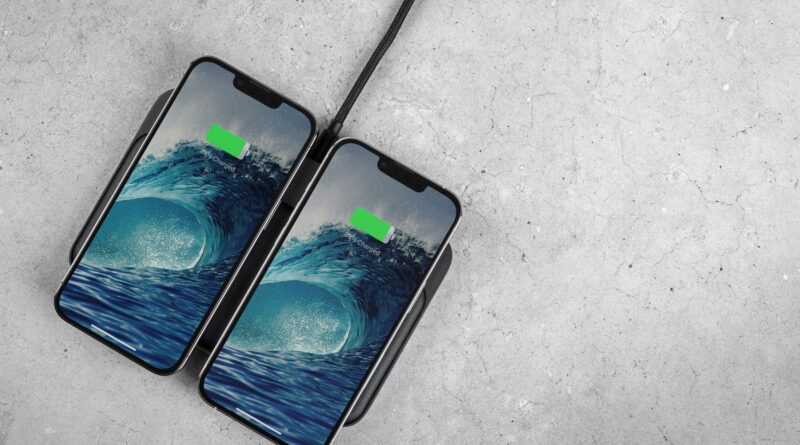 With the latest edition of the Base Station Hub, Nomad is improving its line of wireless chargers. The new Base Station Hub is a multi-device charger with inbuilt magnets to help align devices in the appropriate location on the pad.

It can wirelessly charge up to two devices at the same time and charge two more devices through its USB ports. The redesigned Hub is available for purchase starting today for $119.95.

Apart from the magnets, the new Hub is nearly identical to Nomad’s previous model. It includes three charging coils hidden beneath a leather cushion, each capable of delivering up to 10W of power (iPhones will be limited to 7.5W).

The most difficult aspect of using wireless charging mats is ensuring that your phone or device is placed in the correct position to charge. That’s where the new Hub’s magnets come in: they make it simple to tell when your compatible iPhone (12 or newer), AirPods, or even a Google Pixel 6 is in the perfect place to charge efficiently. The magnets aren’t as powerful as those found in Apple’s MagSafe charger or other MagSafe accessories, and they’re not designed to keep your phone in place in the event of an earthquake. However, when you put the phone down, they noticeably attach and align it in the proper position, which is the whole objective.

The Base Station Hub isn’t as ambitious as Nomad’s previous Base Station Pro, which had a complicated arrangement of charging coils and was designed to allow you to just place your phone anywhere you wanted it to charge. However, that device had considerable restrictions and was incompatible with MagSafe-enabled phones.

When it comes to wireless chargers, the most important thing to remember is that your smartphone will charge when you set it down. This is made a little bit easier with the new Base Station Hub.