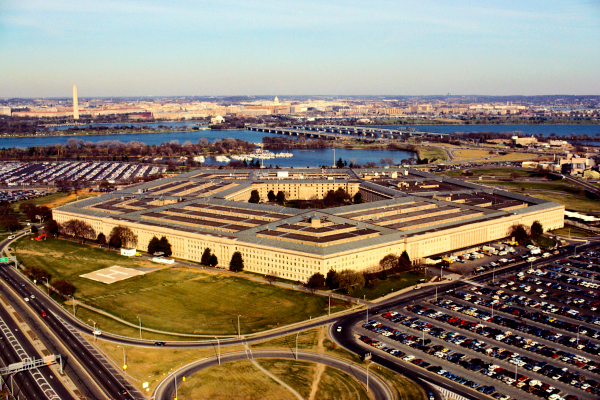 The $10 billion JEDI cloud computing project that the US Defense Department granted to Microsoft in 2019 has been terminated, with the Pentagon claiming that the program’s design “no longer satisfies its goals.” The agency aims to replace JEDI with a new cloud infrastructure contract, soliciting proposals from both Microsoft and Amazon, which filed a lawsuit after losing the original contract.

The story was first reported by CNBC earlier today. “The JEDI Cloud contract no longer serves its goals due to evolving requirements, growing cloud familiarity, and industry advances,” according to a Defense Department press release emailed to The Verge.

As part of the announcement, acting Defense Department chief information officer John Sherman said, “JEDI was established at a period when the department’s needs were different and both the CSPs technology and our cloud conversancy were less mature.”

The Joint Warfighter Cloud Capability contract, which will deliver several of JEDI’s services, was also announced in the press release. According to CNBC, the Defense Department believes Amazon and Microsoft are the only corporations capable of supplying the essential infrastructure, while it says it will conduct market research to determine whether other competitors would be able to fill the gap.

Although some Microsoft employees objected to the decision to submit a bid, JEDI would have seen Microsoft supply cloud services for data storage, artificial intelligence jobs, and other computer needs. Microsoft won the contract ahead of Amazon, which sued, claiming that former President Donald Trump’s animosity toward the company had improperly impacted the decision. JEDI was put on hold as a result of the lawsuit, but a judge permitted the matter to go to trial this spring.

The Defense Department warned Congress in January that a lengthy conflict with Amazon might imperil JEDI’s survival, citing a “urgent, unmet necessity” for cloud computing.

In May, Defense Department press secretary John Kirby stated, “We are completely committed to satisfying these criteria, ideally through JEDI, but these requirements transcend any single acquisition.” “And they’ll have to be met in one way or another.”

According to The Verge, an Amazon spokeswoman said, “We understand and agree with” the department’s decision today.

“Unfortunately, the contract was awarded primarily on outside influence rather than the merits of the offers, which has no place in government procurement. Our commitment to helping our country’s military and ensuring that our warfighters and defense allies have access to the greatest technology at the best pricing has never been stronger. We look forward to continuing to support the Department of Defense’s modernization initiatives and developing solutions that assist them in achieving their important missions.”

Microsoft issued a blog post in response to the judgment. “The Department of Defense was confronted with a difficult choice: continue with what might be a years-long legal struggle or find another way forward,” it says.

Because the security of the United States is more essential than any single contract, we respect and understand the Department of Defense’s choice to choose an alternative path to safeguard mission-critical technology.” Microsoft is “ready to support the Department of Defense as they work through their next steps and future cloud computing solicitation plans,” according to the post.