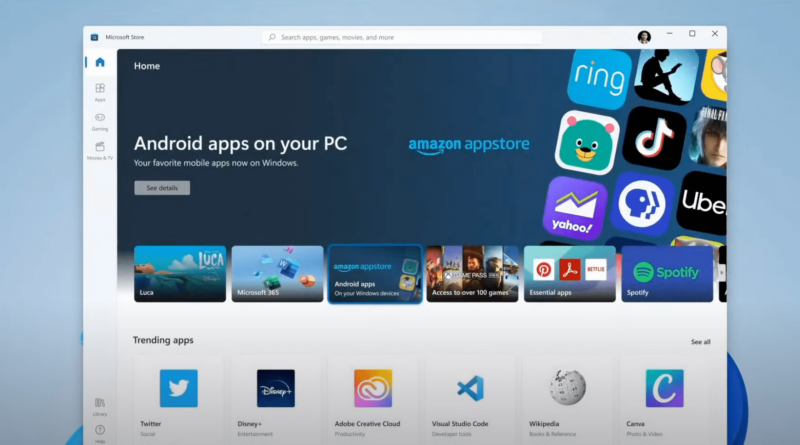 The feature adds a “Your Phone” icon to the System Tray on the Windows desktop, allowing users to see the most frequently used programs on their phone. When you select one of the recent icons, the app will be projected to the desktop while still running natively on the smartphone. Users can also pull up all of their mobile apps to view on their Windows device.

On Wednesday, Microsoft and Samsung introduced the feature during Samsung’s Galaxy Unpacked event, stating that it is presently available for Windows Insiders to preview and is compatible with select Samsung phones.

Samsung’s new Galaxy S22 series was announced during the launch event, so it’s safe to assume that these smartphones will be compatible with the Your Phone: Recent Apps functionality. Recent Apps are compatible with Samsung devices that have a connection to Windows and run software versions OneUI 3.1.1 or higher, according to Microsoft.

In terms of Windows devices, a PC running Windows 10 or higher is required.

According to Windows Central, Samsung’s exclusivity of the Your Phone feature is a misnomer, as it was first introduced on Microsoft’s Surface Duo tablet, which was released in 2020. However, given that the Surface Duo is an Android device designed by Microsoft particularly to engage with the Windows ecosystem, there must be some sort of limitation.

Through their devices, Microsoft and Samsung have partnered to bring the Windows and Samsung operating systems together.

One thought on “Phones In Windows 11 Now Shows Recent Apps”