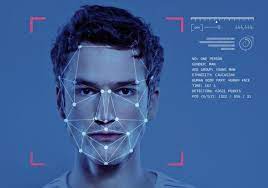 Facial recognition, which has been used to discourage crime and identify shoplifters, is being phased out by more than 35 organizations in the United States.

Ban Facial Recognition in Stores is the name of the movement, which has identified stores such as Walmart, Home Depot, and Target that have pledged to not use facial recognition. It is now putting pressure on companies that are now utilizing the technology or may employ it in the future. Apple, Lowe’s, Albertsons, Macy’s, and Ace Hardware are among the companies that are currently implementing the technology, according to the website.

McDonald’s, Walgreens, and 7-Eleven are among the companies that may employ it in the future. The website contains a complete list.

A non-profit organization dedicated to preserving privacy The campaign was launched last month as part of Fight for the Future’s bigger Ban Facial Recognition project, but it has since gained backing from human rights groups such as Mijente, Public Citizen, and Data for Black Lives, as well as the Consumer Federation of America and the Tor Project. Kairos, a facial recognition business that prides itself on being an ethical distributor of the technology, has also joined the campaign.

In a news release from Data for Black Lives, national organizing director Tawana Petty says that Detroit has deployed Project Green Light, which deploys surveillance cameras with facial recognition in over 700 businesses.

“These facial recognition cameras are monitored 24 hours a day, seven days a week at real-time crime centers, police precincts, and on officers’ mobile devices,” she stated. “It’s tough to put into words the psychological toll that knowing your every step is being monitored by a racially biased algorithm with the capacity to pull your freedom away from you has on a community.”

Retailers have employed intrusive technology such as items that ping your phone’s Bluetooth and then catalog its unique MAC address, but AI-powered video surveillance system enhancements have made capabilities like facial recognition more accessible than ever before.

According to Reuters in July 2020, Rite-Aid covertly deployed facial recognition cameras in hundreds of US locations, mostly in non-white and lower-income neighborhoods. The cameras analyzed the faces of shoppers to see whether there were any people in the business who had previously been suspected of criminal conduct, and subsequently sent security alerts.

According to BuzzFeed News, Walmart also employed Clearview AI’s facial recognition more than 300 times, and had previously used the technology to try to capture shoplifters. It now appears to be pursuing a different strategy, employing artificial intelligence to locate unscanned items in self-checkout kiosks.

Because these establishments are privately owned, they are not governed by state or local laws prohibiting the use of facial recognition by the government, which has been the most common form of control. Only Portland, Oregon, has enacted a facial recognition prohibition that extends to private enterprises.

The coronavirus pandemic, according to Fight for the Future, has increased the use of facial recognition-adjacent surveillance in retailers, including software for consumer counting and social distancing.