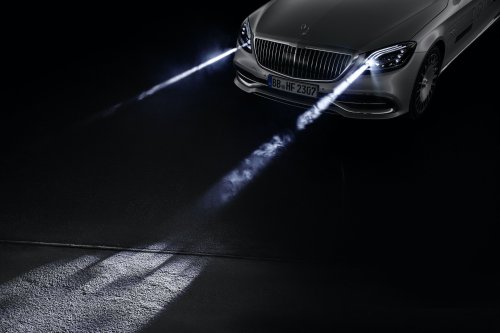 Adaptive headlights, which are standard on many vehicles in Europe, Canada, and Japan, are illegal in the United States because of obsolete federal rules. Since 1967, the Federal Motor Vehicle Safety Standards (standard no. 108) have established standards for lights and reflectors that standardised binary hi/low beams, suffocating modern headlamp technology.

However, NHTSA has been asked to revise FMVSS no. 108 following the passage of President Joe Biden’s $1 trillion infrastructure bill late last year.

The agency had two years to implement the change, but it was able to do it a year and a half ahead of schedule.

The final rule, according to the NHTSA, will improve pedestrian and biker safety by making them more visible at night and by better illuminating animals and objects in and along the road.

“The safety of everyone on our nation’s highways, whether inside or outside a vehicle, is a top priority for the National Highway Traffic Safety Administration. In a statement, NHTSA Deputy Administrator Steven Cliff stated, “New technologies can help further that aim.”

Adaptive Driving Beams are a type of headlamp with automated beamforming that is controlled by a computer and aims lights in various directions.

It can brighten the path straight front of you while dimming the lights that shine outward, potentially blinding oncoming motorists. The National Highway Traffic Safety Administration (NHTSA) attempted to “ensure that ADB systems do not increase glare to other motorists beyond current lower beams” in its final conclusion, which was a worry when the agency first evaluated the technology in 2015. In 2019, AAA conducted a comparative study of US and European headlamps, determining that European automobiles equipped with ADB produced “less frequently” glare to oncoming drivers when cresting hills than US vehicles without the technology.

However, in the United States, automakers have had to forego modern lighting technology in favor of features such as cornering or curved headlights, which turn the beam in the direction of travel, and automated high beams. However, some drivers have found automated high beams inconvenient because they frequently misunderstand oncoming traffic and begin strobing.

Many current American automobiles, including Lincoln MKZs, Tesla Model 3s, and even Chrysler Pacifica minivans, are equipped with automated high beams, which can act strangely when attempting to interpret oncoming headlights in comparison to other lights and reflections.

This is where ADB really shines: it can keep the primary beam shining brightly ahead while dimming the beam’s “cone” at the edges to prevent incoming vehicles from being blinded.

Even more advanced ADB systems exist, such as Audi’s Digital Matrix headlights, which can generate a “carpet” of brighter light ahead and even broaden the beam to another lane in preparation for a lane change in the latest E-tron cars.

ADB will be available in new model year vehicles in the United States as soon as later this year. Instead of being locked behind a paywall like BMW’s auto high beam option, it should become standard on more automobiles.