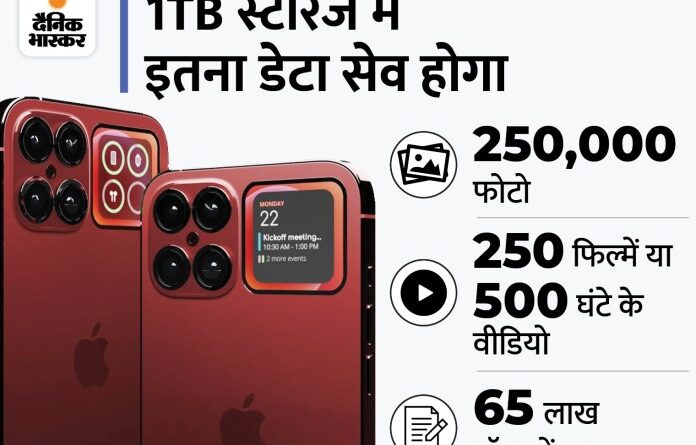 Apple revealed at its California Streaming event that its adjustable refresh rate technology, dubbed ProMotion, will be coming to the iPhone 13 Pro and iPhone 13 Pro Max. Depending on what you’re doing, this dynamically adjusts the refresh rate of the display up to 120Hz. It’s really cool.

The proMotion has been available on the iPad Pro since 2017, and it’s now available on iPhones as well. However, one component of the puzzle is missing: the Mac. And I believe it is past time for Apple to correct this.

It’s not just for games

Traditionally, any laptop with a refresh rate of more than 60Hz has been considered a gaming computer, and gaming-focused businesses have made the most progress in this area. If you desire one, some laptops even have insanely fast 360Hz displays.

All of this is to indicate that the technology to support high refresh rates exists. But, with the exception of a few dabbles like Apple Arcade, Apple has never really dedicated itself to Mac gaming, and most Mac users are well aware that their computer isn’t built for intense gaming.

However, gaming isn’t ProMotion’s only priority. Apple emphasized gaming as one of many benefits when it debuted ProMotion at its California Streaming event. Apple’s own tech demos centered on common tasks like swiping through images or scrolling down a page, and it wasn’t until third-party developers were brought out that gaming garnered any attention. Apple clearly regards ProMotion as much more than a game booster.

Other businesses are following in their footsteps. Non-gaming laptops with 90Hz and even 120Hz refresh rates are now available from Lenovo and MSI, respectively. High refresh rates are becoming more popular as consumers recognize the benefits of the technology outside just fast-paced shooters. That’s fantastic news for MacBook Pro users.

Apple has something else up its sleeve with ProMotion. While competitors have included high-refresh-rate screens in their laptops, these panels can only operate at one speed at all times. ProMotion is innovative in that it is adaptive, meaning it can speed up or slow down based on what you’re doing.

This is crucial in a laptop, just as it is in a phone because it can have a significant impact on laptop battery life. When you’re playing a game or browsing through files, a high refresh rate is great, but when you’re just reading a static page of text, it’s a huge resource waste. No one wants a laptop that can’t get through the day because of a feature that drains the battery.

By adding ProMotion to the MacBook Pro, Apple could provide users all of the benefits of a 120Hz screen while maintaining the M1 MacBook Pro’s legendary battery life.

The iMac, on the other hand, has a screen resolution of 4480 x 2520, which is over three times that of the MacBook Pro 13. And that’s just the iMac 24-inch. Even more, pixels are packed into the 27-inch iMac and its 5K display, assuming Apple doesn’t raise it up to 6K when it unveils a revamped high-end iMac. It’s a tall order to get that many pixels to refresh up to 120 times per second without a significant price rise.

Aside from the obvious resolution variations, Apple tends to preserve (more or less) feature parity between its MacBook Pro and iMac screens. Both devices offer a brightness of 500 nits, support the P3 broad color gamut, and have True Tone technology. Because of the iMac’s high pixel count, adding ProMotion to it could be prohibitively expensive, but Apple might not want to include it in the MacBook Pro if it won’t be included in its all-in-one desktop computer.

That isn’t to imply that isn’t conceivable. Apple is the only company with the resources and know-how to pull anything like this off. 4K gaming laptops and monitors with refresh rates up to 120Hz are currently available.

Even if a ProMotion iMac isn’t an option, I believe a 120Hz MacBook Pro deserves its time in the spotlight. It would be an excellent opportunity to earn the Pro designation while also providing something that no laptop competitor can match. The prospect of being ahead of the competition may be enough to persuade Apple that it is a worthy venture.