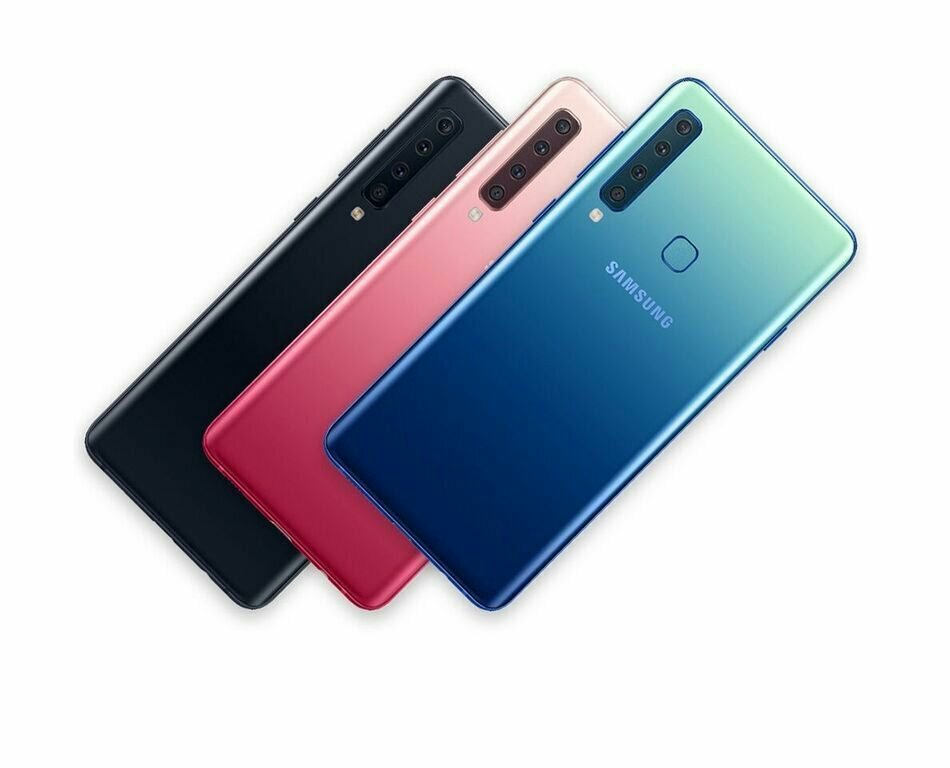 Just when we were getting used to phones with two and three cameras on the rear, Samsung went ahead and announced a new mid-range smartphone with a Quad-Camera system on the rear!

Ok so before I talk about the cameras on this device which seems to be the main headline feature, I’d like to talk about what Samsung is trying to achieve with this phone and it’s specs. 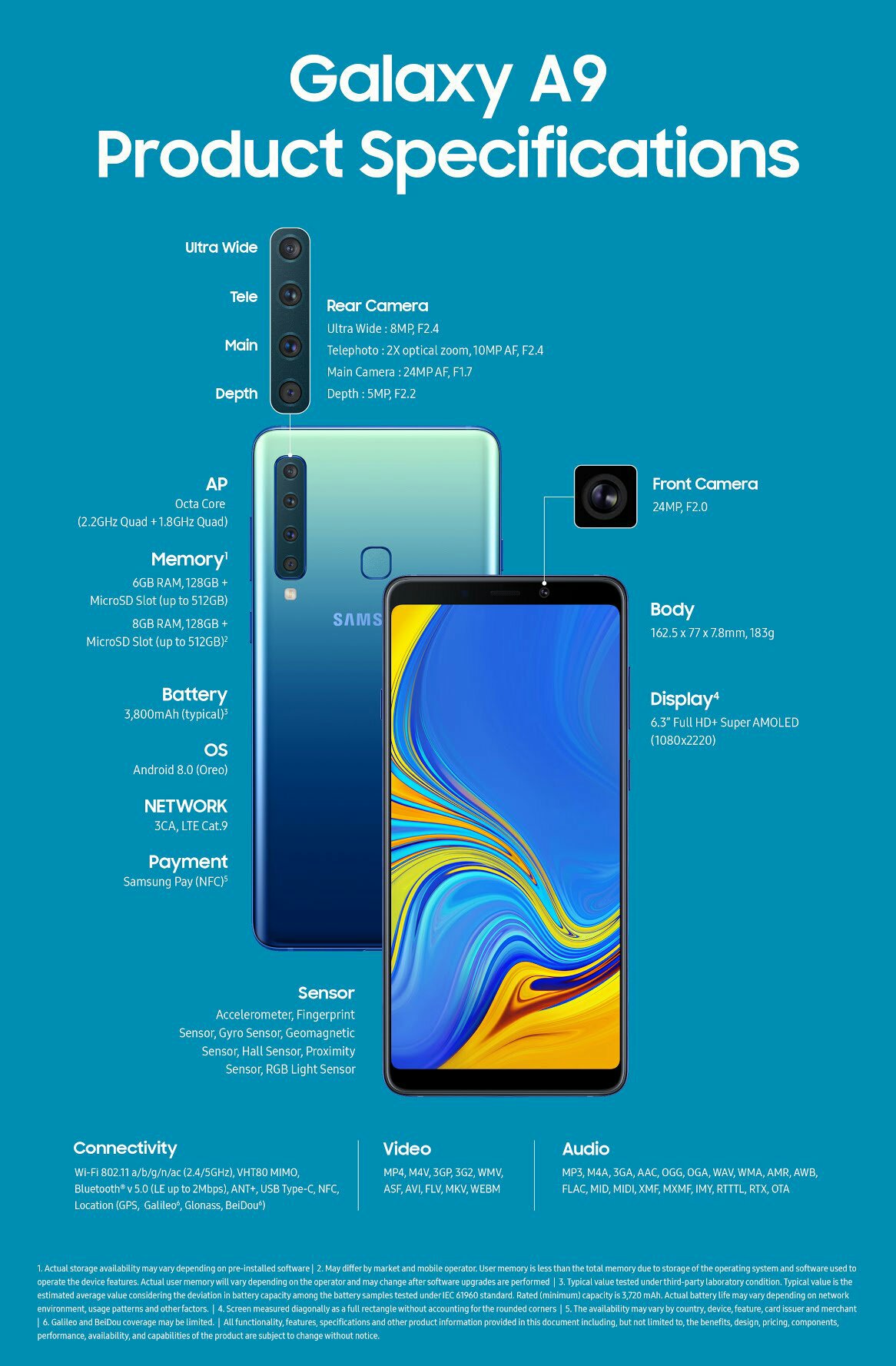 Samsung is trying out a new strategy where it introduces new features to it’s mid-range devices first in hopes it catches enough attention in most developing markets and younger users who can’t really afford flagship devices. On the side of specs this phone runs on a Snapdragon 660 sided with a 6gb of RAM and a 128GB of internal storage and a slot that takes up to 512GB of external storage. This phone also keeps the headphone jack and also comes with a side-mounted fingerprint sensor. And this device is powered by a 3800 mAh battery and has a 6.3 inch full HD+ display packed with the resolution of 2220 x 1080. 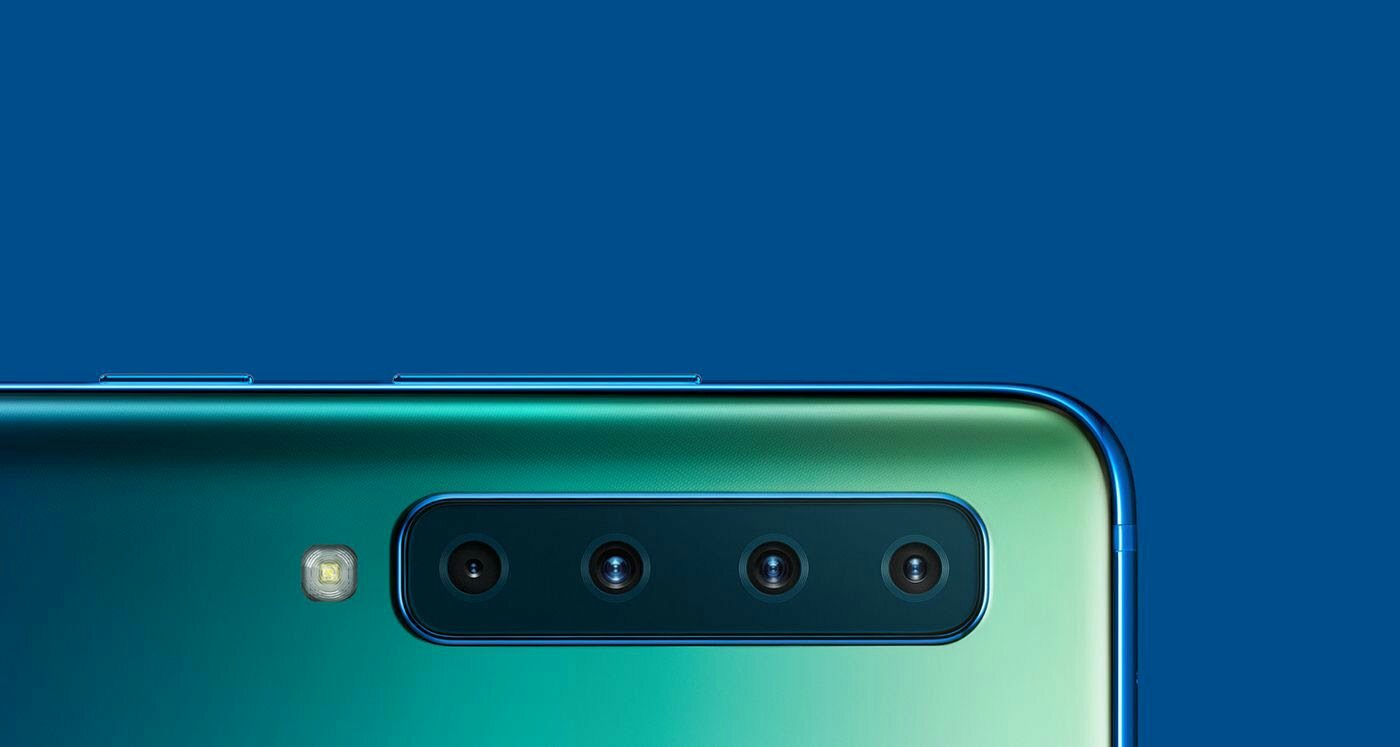 This device comes with 5 cameras. That’s a lonely 24MP sensor on the front and with the quad rear cameras we have the main sensor to also be a 24MP f/1.7, the second is an 8MP f/2.4 ultra wide camera with a 120-degree lens, the third is a 10MP f/2.4 telephoto lens with 2x optical zoom and the last camera is a 5MP f/2.2 camera that enables depth of field feel to pictures.

The Samsung Galaxy A9 will retail for £549 in the UK (roughly $724), prices may vary depending on the region and will be releasing in November.

Whiles I think the concept is cool and all I feel the average consumer would not care about which camera does what and would mostly even forget to switch between the camera before they take that shot. But then yeah tell us your thoughts. We’ll want to know what you think about this device.