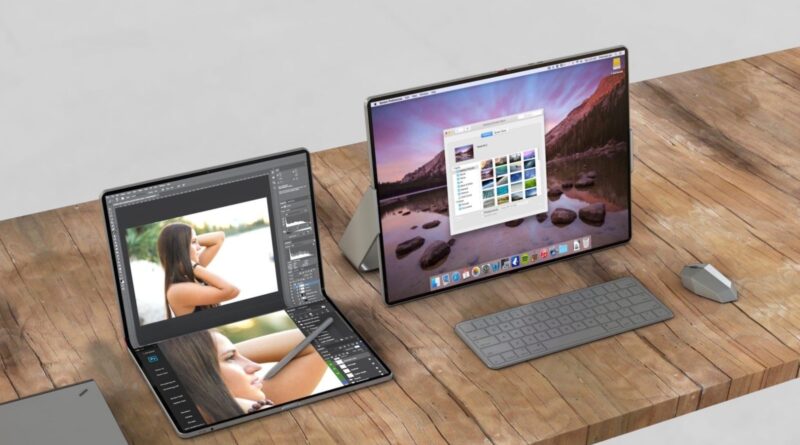 If Mark Gurman, an expert in Apple rumour-following, is to be believed, the company is working on a foldable iPad/MacBook hybrid that will feature a large 20-inch display.

A “dual-screen, foldable MacBook/iPad hybrid” that would use “one side of the display serving as a virtual keyboard,” according to Gurman’s unnamed source, is being considered by the tech giant.

Instead of functioning as a giant iPad that can be folded up for easier portability, the device would function as a tablet computer when half of the display is occupied by the user’s desired application.

A physical keyboard that can be removed may also be included in the package.

As Gurman points out in his report, Ross Young at Display Supply Chain Consultants recently made a similar claim about a foldable Apple device.

It’s possible that Apple has been working on a massive foldable display for the past two years, but the company hasn’t made any public announcements about the project.

A large, foldable display such as the one Apple is rumoured to be developing is still a rarity; however, Lenovo attempted to create a foldable laptop at the end of 2020 with the 13.3-inch ThinkPad X1. For its beautiful OLED screen and innovative design, Digital Trends lauded the device, but said its performance was hampered by its cramped keyboard and touchpad.

Asus’ Zenbook 17 is expected to be the first 17-inch foldable Windows tablet, and Samsung showed off its Galaxy Flex Note foldable tablet at CES in January.

Apple’s rumoured foldable tablet may be some time off, however. Even though Gurman wouldn’t commit to a specific year, Ross Young speculated that it might not happen until 2026.

Apple is also rumoured to be working on a foldable iPhone, which is expected to be released no earlier than 2024.