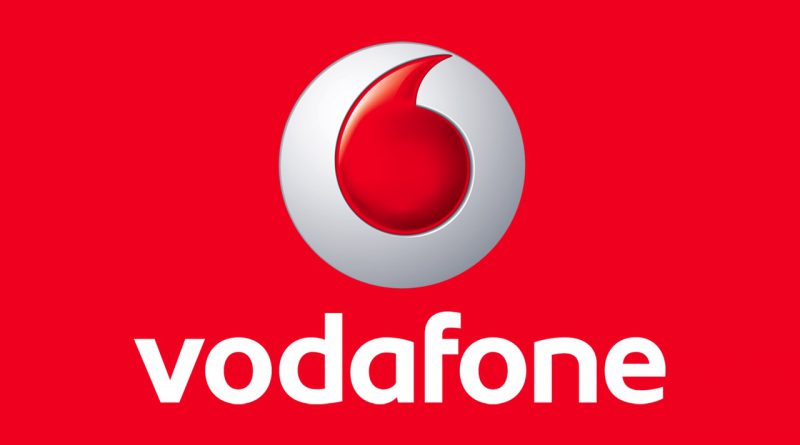 Most of us might have heard of blockchain severally, but alot if poeple are still curious and still as what is blockchain? How does it work. This articles right here will help us to get more details about this entire  system. Blockchain technology functions as a common cryptographically verified ledger distributed across a large decentralized network of computers (or nodes) and are best known for recording value transactions and exchanges.

Each ledger entry is a “block” in the larger “chain,” and each block is cryptographically validated by a consensus-based algorithm computed across the node network.

Each block is not added to the chain until there is mathematical consensus – this is the distribution function that effectively replaces a centralized “clearinghouse.”

The primary advantage of a distributed, decentralized ledger over, say, a ledger hosted by a central server is that it is not controlled by a single entity, making it theoretically immutable and tamper-proof.

This aspect of blockchain lends itself to a wide range of use cases where “trust” is critical. Given that the value of a currency is determined by trust, cryptocurrency is just one obvious use case.

Blockchain is also particularly well suited for “attestation,” i.e. saying “This is you, and everything associated with you is attached to this chain,” and it uses cryptography instead of a central “clearinghouse” to certify that a piece of information on the chain is true, and the blockchain itself, once the initial attestation is completed, is inherently trustworthy without the need to know, verify, or certify anything.

In the context of data privacy, for example, I can give you and only you my birthday without exposing my entire driver’s license to you or exposing my birthday to anyone OTHER than you (FYI – handing your Driver’s License to someone to validate your birthday actually exposes a TON of information about you for no good reason).

This is how a “block” works. BLOCK – Data (hello, world) – Previous hash – Hash (this is like a fingerprint)

Each member of a blockchain database has a copy of the entire chain and receives each new block one at a time. Unlike a centralized database, which can only be altered from a single point, any tampering with a blockchain would notify every member of the database that something has been changed.

While a Blockchain can exist in a private environment without the need for a cryptocurrency (Bitcoin), they are generally required in a public Blockchain because they are used as a reward for miners to maintain the decentralized database.

How does Blockchain function?

A Blockchain records data in a linear fashion, which means that each new block contains information from all previous blocks as well as the new data is added.

A block is made up of a ledger of information, which could be a date, time, and encrypts information with the help of complex algorithms, and each block stores multiple transactions.

When one party submits a change to an existing or new transaction on the ledger, it must be approved and validated by another party before it can be officially added to the blockchain network.

The network will notice this, compare it to the majority of blockchain versions in the network, and quickly override it.

An attacker can only gain access to a blockchain if he or she controls 50-55 per cent of the network.

Blockchain transactions are carried out using “smart contracts,” which are automated contracts that transfer funds in cryptocurrency when certain conditions are met.

So, whenever there is a change on the blockchain, such as when I send you some cryptocurrency (perhaps a KeyoCoin token to thank you for staying at my hotel), a new line is written into that database, confirming that I have ceded possession of one KeyoCoin and you now own it.

Blockchain Technology can be applied in the following ways:

Blockchain technology can be used to manage customer identity and data in a private and secure manner.

To keep critical financial records in a decentralized (and encrypted) network.

To reduce human error and improve the efficiency of processes (such as dispute resolution).

What Blockchain Technology is used for?

According to Forbes, “Blockchain is widely known as the technology underlying cryptocurrencies such as Bitcoin and Ethereum, but the blockchain is much more than a financial services instrument.”

The blockchain is a database of agreements that is encrypted (using hashes). This means that once a “deal” is struck, neither party can go back and rewrite the terms. The use of smart contracts is an excellent example of how blockchain can be put to use.

Blockchain technology is now being used in industries such as banking.

E-commerce and retail, healthcare, charity, real estate, and other industries

Blockchain will assist these industries in resolving fundamental issues such as payment issues, supply chain management, customer data security, and many others.

Blockchain technology can ensure transparency and integrity in areas such as drug records, prescriptions, patient data storage, treatment records, clinical research records, and so on.

The Blockchain has the potential to prevent corruption and other malicious intents within charitable organizations. People can track how their donations are spent because of transparency and immutability.

Blockchain technology has the potential to help unify and standardize real estate records, which are frequently inaccurate and unreliable. It will also be impossible to falsify data for illegal purposes. All of this will make the process of selling and buying real estate more efficient and transparent. See the land registry use case for blockchain.

With its innovative approach to data management, Blockchain technology has the potential to disrupt many more industries. Consider voting, governance, and so on.

Agriculture, insurance, education, entertainment, energy, climate, and the environment are all examples of industries.

Take, for example, health care and real estate. A health insurance policy will pay out automatically once your hospital uploads proper documentation of your illness or surgery. Similarly, a real estate transaction can be completed once your bank electronically verifies the loan. This process is enabled by applications on a blockchain network (such as Ethereum).

One of the blockchain’s use cases is analogous to real-world automated escrow accounts; financial services and supply chains have already seen significant blockchain adoption

Why you should know about Blockchain?

PDFs and electronic signatures for documents are no longer used. Blockchain-based applications that perform routine tasks immutably and transparently (such as closing on a house) may not only render title companies obsolete, but also represent significant cost- and time-savings for account payable, accounts receivable, and collections departments.

These individual transactions are grouped into blocks and cryptographically linked to all previous blocks before being added to the database. So, one long chain of inextricably linked blocks makes it impossible to change or manipulate anything that has previously been added.

The accuracy of the information on that chain is constantly verified by a community of super users who are strongly incentivized to reach consensus about the validity of that information, and any anomalies (for example, someone attempting to manipulate the data) are immediately discredited.

Importantly, the underlying information is encrypted, so they can’t see exactly what they’re verifying, but they can still confirm that it’s correct and hasn’t changed.

So, what’s the point of all of this? Why would I want a public database containing encrypted data? Why can’t a single trustworthy organization manage the database and ensure that all of the information contained within it is correct?

The answer is…it can. There is nothing that prevents a single organization, or even a small group of organizations, from managing a database. That’s how your bank knows how much money you have in your checking account and how an airline knows how many loyalty points you have. However, there are significant risks involved in doing so. You’ve put all of your eggs in one basket. Inconsistency

Interest, corruption, data integrity, and other risks abound, which brings us to the big blockchain revelation. Why it is so important. Finally, it is because it transitions us from relying on a distrustful system to a trusted one.

You no longer have to trust your bank to keep proper records about how much money Netflix takes from you each month, or even that they are looking after your money. Instead, this wealth, value, and data are digitally stored in an immutable ledger, free of corruption or human error.

So there you have it. The fundamentals. In reality, blockchain technology has a plethora of potential applications. Many are complete nonsense, a few have genuine potential, and a small group is already practising what they preach.

How can it be used in the wider Enterprise?

The concept of distributing trust to a peer-to-peer network is and will continue to be critical in the world of IoT and Edge Computing. Consider ZEDEDA’s vision, which is to create an edge economy in which apps can run anywhere.

The most prominent advantages of Blockchain are:

Because of the hype surrounding Blockchain, many people have heard about it; however, the majority of them have no idea what it is.

Some people believe that Blockchain is only about Bitcoin and cryptocurrencies, but it is much more.

The future of Blockchain

Despite some complications and challenges, this technology has enormous potential for global development and adoption. Given the potential features of blockchain, we believe that more values will be discovered in the blockchain in the future.