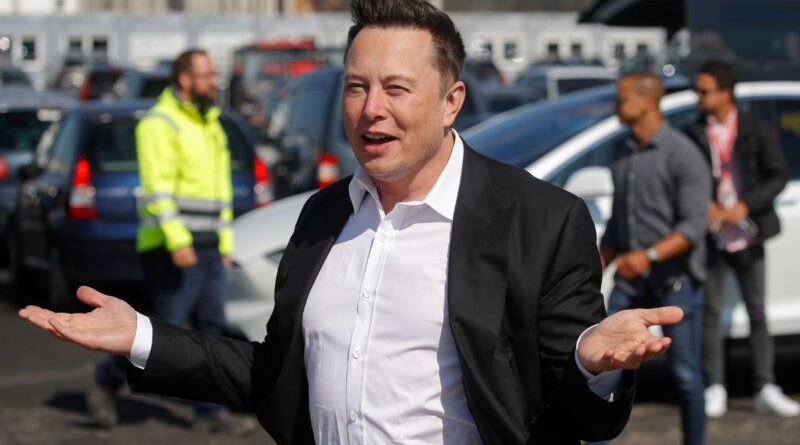 Tesla has been sued by JPMorgan, which claims it owes the bank $162 million in relation to a 2014 stock warrant arrangement. The disagreement revolves around changes made to the agreement as a result of Tesla CEO Elon Musk’s “[f]unding secured” tweet in 2018 and the ensuing backlash.

The complaint was filed in the Southern District of New York late Monday. Tesla has eliminated its US press team and has not responded to a request for comment.

According to the claim, JPMorgan purchased a number of warrants from Tesla in 2014, when the firm was still trying to fund the building of the initial Gigafactory, as first reported by Reuters.

Stock warrants provide the buyer (in this example, JPMorgan) the right to buy shares in a firm (in this case, Tesla) at a predetermined price within a specified time frame. JPMorgan bought warrants from Tesla in 2014 that were slated to expire in June and July 2021.

Because this was such a large and intricate financial transaction, JPMorgan made certain that all legal safeguards were in place. One was to protect Tesla’s stock price in the event of any major mergers or buyout announcements. If anything similar happened, the bank and the manufacturer might work out a new striking price for the warrants.

That leads us to the tweet. On August 7th, 2018, Musk famously tweeted that he was “considering taking Tesla private at $420.” “Funding has been secured.” Tesla’s top financial officer, head of communications, and chief legal officer wrote an email ascribed to Musk later that day, which was published on the company’s blog and explained Musk’s announcement. “[i]investor support is confirmed,” Musk added in a tweet. The only reason this isn’t clear is that it’s subject to a shareholder vote.” Tesla’s investor relations director also told the press that a “strong offer” had been made.

But, as everyone discovered after the Securities and Exchange Commission sued Musk and Tesla over the announcement, none of that was true. Musk spoke briefly with Saudi Arabia’s Public Investment Fund, but that was the end of it.

READ ALSO: CWG Ghana has announced a collaboration with Cantelon, an Indian provider of digital and data solutions, to deliver a webinar on data and quality management

JPMorgan recognized the consequent volatility in Tesla’s stock price and decided to change the strike price of its warrants before the truth was revealed. It dropped the price to $424.66 and informed Tesla of the change. According to the lawsuit, Tesla agreed to a conference call on August 24th but canceled at the last minute.

Tesla and Musk revealed the same day that their attempt to take Tesla, private, had failed.

As a result, JPMorgan decided to change the strike price of the warrants once more. It recalculated based on the reaction to Tesla and Musk’s decision to reverse course and came up with a strike price of $484.35.

In February 2019, Tesla’s lawyers wrote to JPMorgan, stating that the bank’s revisions were “unreasonably quick” and “marked an opportunistic attempt to take advantage of movements in Tesla’s stock volatility.” JPMorgan responded by “rejecting all of [Tesla’s] charges,” but the two parties didn’t communicate for the next two years. JPMorgan adjusted the price to $96.87 in August 2020 to account for Tesla’s stock split, but Tesla claims it never reacted.

According to the lawsuit, by the time the expiration dates came around this year, Tesla’s shares had already gone on an extraordinary run, and JPMorgan’s warrants were “much in the money.” Tesla “renewed its objections to the Adjustments” when the bank contacted them about cashing out. JPMorgan did settle some shares with Tesla — the bank did not indicate how many — but the bank alleges Tesla “refused to settle in full,” triggering a “early termination” condition.

Tesla owes JPMorgan 228,775 shares when the contract was canceled, according to JPMorgan, and those shares are worth $162,216,628.81 based on Tesla’s stock price at the time. (To make matters worse, JPMorgan had hedged its Tesla warrant arrangement by keeping a short position in Tesla’s stock.) When Tesla failed to settle the remaining shares, the bank was forced to cover the hedged bet by purchasing the equivalent number of shares on the open market.)

Musk was still tweeting shortly after the suit was filed on Monday, in a thread, he started on Sunday in response to a tweet on taxes from Senator Bernie Sanders (I-VT). Musk wrote, “I like to dig my grave really deep.”