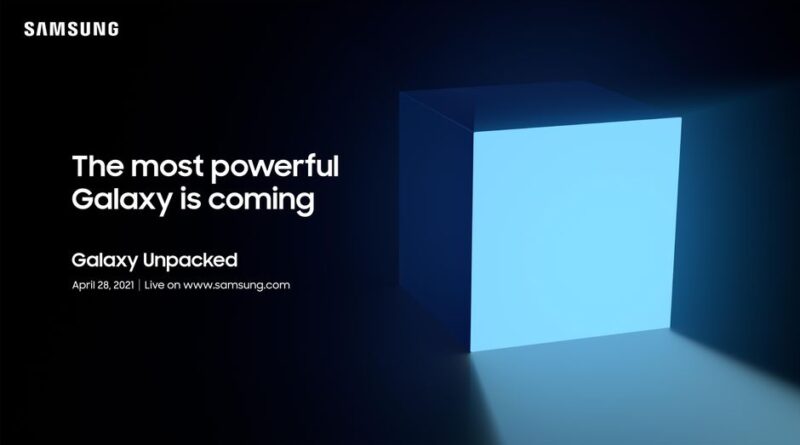 Samsung’s Galaxy Unpacked event has concluded, with the company announcing the next generation of foldables (dubbed “the new mainstream of smartphones”), wearables, and earbuds. Here are the most important stories from the event.

Support for the S Pen, IPX8 water resistance, and an under-display selfie camera for the main screen are among the new features on Samsung’s flagship foldable. It’s powered by a Snapdragon 888 processor, and the device’s cover screen (the display on the front) now runs at an adaptive 120Hz.

The Z Fold 3 will also have an experimental setting that will allow any app to be used in the phone’s multi-window mode, even if it wasn’t meant for it. It’ll set you back $1,799 and go on sale on August 27th, with preorders beginning today.

Samsung also unveiled the Z Flip 3, a smartphone with the same chipset and water-resistance as the Z Fold but a considerably cheaper price tag, starting at $1,000. Samsung increased the size and functionality of the outer screen compared to the Z Flip 3’s predecessor and increased the refresh rate of the main screen to 120Hz from 60Hz. It also comes in a variety of interesting colors! The Z Flip 3 will be available in stores on August 27th, and it is currently available for preorder.

SAMSUNG AND GOOGLE TEAM UP ON THE GALAXY WATCH 4

The Galaxy Watch 4 (beginning at $249) and the Galaxy Watch 4 Classic (starting at $349) are two smartwatches that Samsung launched today. Both watches include a new Exynos CPU, but more importantly, they run a long-awaited new operating system – a hybrid of Wear OS and Tizen developed by Google and Samsung. The watches also provide a variety of health-related functions, such as sleep tracking.

READ ALSO: What to expect from Samsung’s August Unpacked event

And, if you’re worried that a new OS and redesign would mean you’ll miss out on some of the previous Galaxy watches’ amazing features, don’t be. The Classic has a physical rotating bezel, which has been a popular feature for years.

SAMSUNG’S GALAXY BUDS 2 ARE EASY TO TOTE AROUND

Samsung has unveiled the latest in its series of truly wireless earbuds, which come in a variety of bright colors. The Galaxy Buds 2 will also be the lightest in the company’s range and will have active noise suppression, according to Samsung. The Buds 2 will be available for preorder for $149.99 starting today.

YOU CAN TRANSFER YOUR WHATSAPP HISTORY FROM IOS TO ANDROID

When transferring smartphones, it’s proven tough in the past to transfer your old WhatsApp conversations. If you’re coming from an iPhone, Samsung said during its One UI 3 section that you’ll be able to take your conversation history with you. Although details are still scarce, it appears that the feature will be extended to phones other than the Z Flip and Z Fold 3.

Despite the fact that new Galaxy Notes are normally introduced around this time, we had a feeling Samsung wouldn’t be releasing one this year. The S Pen from the Note, on the other hand, has made its way to the Galaxy Fold. Samsung has made phones like the S21 Ultra that support the S Pen and have a screen nearly as huge as the Note in years prior, so the Note hasn’t stood out as much as it has in the past. However, it is still regarded as Samsung’s most expensive phone – at least till today. The Z Fold 3 appears to be the Note’s genuine successor. However, Samsung will have to show that a foldable, not a Note, deserves to be this year’s flagship-among-flagships.