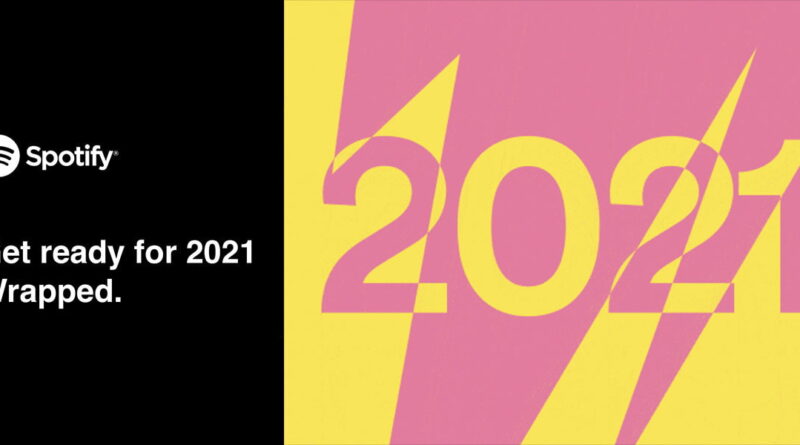 SPOTIFY WRAPPED; Every December, Spotify releases Wrapped, a tailored in-app experience that honors the music and podcasts you’ve listened to the most in the previous year. It’s something that our listeners anticipate all year. The outcomes are usually surprising—and in some ways more so than others. Did you notice that your kids’ fascination with Elsa took over your Wrapped cards last month when you opened your 2020 Wrapped? Or perhaps your Wrapped findings were affected by the many hours of listening to calming sounds while sleeping.

If that’s the case, use the four suggestions below to make sure your 2021 Wrapped is a true reflection of yourself. After all, it’ll be here in less than 3 weeks

1. Remove the audio you fall asleep to with private listening mode

It may not be the most accurate picture of your listening habits if you’re streaming a lot of music or sounds to help you sleep. So use Spotify’s Private Listening mode to go “incognito.” Private Sessions allow you to listen to whatever you want in private, which means it won’t show up in your Friend Activity. It also won’t count toward your Wrapped roundup or influence your tailored music suggestions, such as Discover Weekly or Release Radar.

Simply go to “Home” and then “Settings” on your mobile device to enable private listening mode. Turn on “Private Session” under “Social” from there. Simply repeat the procedures to end the Private Session.

2. Give your children their own musical experience—and preserve your own—with Spotify Kids

If the latest Disney songs and nursery lullabies dominated your Wrapped playlist, you’re not alone. Parents sacrifice a great deal for their children, and a Wrapped experience tailored to their listening preferences is no exception. Children can now enjoy listening to their favorite tunes via a playground of sound that is different from their parents’ listening experience, thanks to the Spotify Kids app, which is unique to Spotify Premium Family plan users. The app is tailored to children, and the content has been hand-picked by a team of editors. All you have to do now is sign up for the Premium Family plan. To give your kids their own music experience, download the Spotify Kids app (and reclaim your streaming stats)

3. Discover more artists, podcasts, and genres with audio for everyone and everything

On Spotify, you have access to a vast library of audio recordings. So, if you’re looking for something different, give the search bar a try. You can find playlists for any activity or mood, whether they were developed by Spotify or created by users. These one-of-a-kind masterpieces can strike a chord with you right now, as well as help you extend your musical horizons. You might notice a shift in your top artists and genres in next year’s Wrapped, such as “indie rock” and “pop” being replaced by more unique genres like “permanent wave” and “escape room.” Tap “Podcasts” to browse shows by genre (such as real crime or sports), podcast playlists, or even podcast charts if you’re looking for something different.

Wrapped happens once a year, yet it doesn’t end in January. Year-round, go to the “Search” section of the app and scroll through “Browse all” to find your 2020 Wrapped. You may then rewatch your 2020 Wrapped experience as well as listen to your customized playlists like Your Top Songs 2020, Missed Hits, and On Record. Plus, keep scrolling to see the remainder of the year’s best songs, performers, and podcasts.

The year 2021 is drawing to a close, which means you’ll soon be able to see your most-streamed songs and artists from the previous year.

READ ALSO: Let’s look At The Price And Specs Of Apple Watch Series 5

After the launch, both free and premium Spotify users can receive their Spotify Wrapped statistics by following a few simple steps.

Continue reading to learn how to get your Spotify Wrapped for 2021:

To access your data on a mobile device, go to your home screen and click the “Wrapped” banner. If you can’t find it, type “Wrapped” into the search bar or go to the “uniquely yours” option.

Make sure you have the latest version of Spotify on your phone, as well as the most current update.

The data in Spotify Wrapped was collected between January 1 and October 31.

When Spotify Wrapped 2021 is released, you’ll be able to see insights into your podcast, song, album, and artist listening habits.

If you can’t wait for the next revelation, you can access your 2020 Spotify Wrapped by searching for “Your Top Songs 2020” or “Missed Hits” in the search bar and clicking on your personalized playlists from the previous year.

Olivia Rodrigo’s explosive debut album opens with the perfect metaphor for teen angst: as lovely, orchestral strings smash into a frenzied, savage (pun intended) guitar riff, childhood aspirations fade away into the mayhem of the teenage experience. It’s no surprise, however, that Rodrigo’s anthem-laced Sour has become something of a musical manifesto for Gen Z and disillusioned millennials who can’t seem to get past their own teenage memories. (This author admits to being guilty.) Rodrigo’s knack for composing intimate, often devastating diary-entry music (“drivers license,” “traitor”) and her seamless grasp of pop-punk and bouncy alt-pop (“good 4 u,” “deja vu”) proves she’s far from a one-hit-wonder or flash-in-the-pan act, regardless of the listener’s age. Erica Russell says:

Madison Beer’s debut solo album is pure pop joy, jam-packed with radio-friendly tracks. Musically, the main track “Follow the White Rabbit” showcases Beer’s various vocal styles, as well as production aspects that take the listener into an alternate atmosphere, however, it isn’t the only track on which the vocalist gets a little experimental. Life Support is not your typical pop album about love; it explores complex feelings and issues like mental health, self-identity, heartbreak, and loss. Despite the fact that the album’s lyrics cover a wide range of topics, the overall sound is consistent, with interlude tracks that seamlessly transition between songs, creating an almost cinematic listening experience.

Chungha has been dominating the scene since her solo debut in 2017, so it’s no surprise that her first studio album has 21 tracks. Listeners are taken on a musical voyage through experimental Latin-inspired sounds interwoven with pop, R&B, and hip-hop on the album, which is a rollercoaster (pun intended). The lead track “Bicycle” exhibits Chungha’s duality through vocal chops and raps as she flips between Korean and English, while “Demente ” demonstrates her Spanish abilities. Byulharang and K-pop enthusiasts who speak any, all, or none of the three languages will undoubtedly benefit from this release.

Bebe Rexha is unconcerned about being pigeonholed by genre. The hit-maker, as proven by Better Mistakes, draws elements from everywhere she wants to create a sound that is uniquely hers. On the Travis Barker-assisted “Break My Heart Myself,” her sophomore album opens with a reference to alt-rock, and then easily shifts course with each successive song. On “Sacrifice,” she experiments with dazzling, ’90s-inspired dance sounds, soaring balladry on “Sabotage,” and refreshing a traditional love song with Rick Ross on “Amore.” Bebe’s recognizable voice and accessible lyricism connect the incredibly fascinating project together despite the nebulous sound.

Zara Larsson’s album Poster Girl was released in early 2021, over two and a half years after the release of its lead single “Love Me Land.” But the wait was well worth it: Larsson wanted to take her time with the 12-track album, and she succeeded. The album, which includes electro-pop, R&B, and EDM elements, depicts all stages of a relationship, from early interest through dissolution. Poster Girl has something for everyone, from the viral Marshmello-produced banger “Wow” to the disco breakup anthem “Look What You’ve Done.”

The irony of TXT’s second studio album’s title is that it’s difficult to “freeze” when the majority of the tracks invite you to move your body to the beat. The eight-track album includes a groovy collection of feel-good songs that mix alternative rock, pop, and hip-hop influences. “0X1=LOVESONG (I Know I Love You)” and the tracks “Dear Sputnik” and “Frost” are reminiscent of the famous Pop Goes Punk compilation albums, but with a K-pop twist. In other words, The Chaos Chapter: FREEZE is an album that wonderfully bridges the gap for K-pop fans who grew up listening to All American Rejects and Paramore.

Aly & AJ could easily cruise by on nostalgia alone, with their roots in the Disney machine and career-defining singles like “Potential Breakup Song” already under their belt. The Michalka sisters clearly missed the memo. Instead, they released A Touch of the Beat Gets You Up on Your Feet Gets You Out and Then Into the Sun, one of the year’s most anticipated albums. Each song on the sweeping masterwork emanates warmth and pushes the dynamic team in fascinating new ways (highlights include the trance-inducing “Lucky To Get Him” and “Slow Dance”). The self-published album also demonstrates how much the duo’s musicality has progressed since their last full-length album, Insomniatic, was released in 2007.

With her lo-fi hymn “Things” and the effervescent beats of “Pretty Girl,” Maggie Lindemann’s musical career took off in 2016, so casual fans dropping in five years later for PARANOIA are in for a treat. Lindemann’s long-awaited debut EP is a bone-jarring cacophony of rock-influenced productions, rather than treading familiar ground. With a radio-friendly pop-rock edge, the lead single “Knife Under My Pillow” heralds in the new age, while the Siiickbrain-assisted “GASLIGHT!” is (as promised) thunderous and beautifully played. Other songs, like as the auditory standout “Love Songs,” demonstrate that Lindemann hasn’t lost the earnestness that gained her public affection in the first place. Overall, PARANOIA demonstrates that this chick can rock and has a lot to say.

When you’re already drunk on the sounds of a retro-pop summer given you by South Korea’s national girl group, there’s no need for alcohol. Taste of Love, which debuted at No. 6 on the Billboard 200 and topped Billboard’s Album Sales and World Sales charts, is one of TWICE’s most cohesive albums yet. The ensemble wisely foregoes powerful drops and hard-hitting choreography in favor of soothing bossa nova beats and free-flowing sways on the lead track “Alcohol-Free.” The carefree, chillaxing EP is followed by five other tracks, all of which were written by members Jihyo, Dahyun, Sana, and Nayeon, including a song co-written by Little Mix’s Jade Thirlwall (Jihyo’s “First Time”), and invites listeners on the ultimate summer vacation.

Not in Chronological Order, Julia Michaels

Julia Michaels accomplished more than most musicians can ever accomplish before releasing her debut album. As a writer and artist act, the prolific singer-songwriter dominated the charts and established a voice for a generation of pop enthusiasts. After the release of Not In Chronological Order, which has songs like the razor-sharp “All Your Exes,” Michaels’ songwriting remains as top-notch and distinctive as ever. However, there is a distinct tone shift on tracks like “Little Did I Know” and “Lie Like This,” which are euphoric love ballads. Michaels appears to have found happiness after a long search in 2019’s Inner Monologue Part 1. Her joy radiates from her.