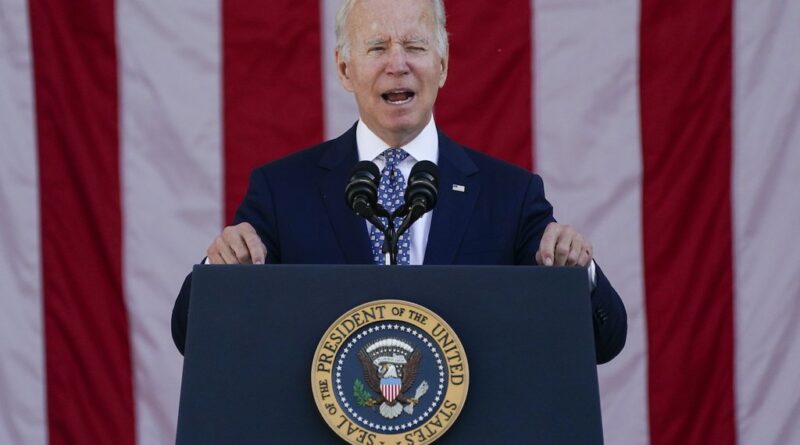 President Biden signed a $1 trillion infrastructure bill on Monday, aiming at restoring the country’s roads and bridges as well as investing billions in increasing broadband internet access and strengthening the electrical grid.

“For far too long, we’ve boasted about having the world’s best economy. At Monday’s signing ceremony, Biden said, “We’ve talked about expressing American leadership in the globe with the best and safest roads, railways, ports, and airports.” “However, we are finally having it done today.” And this is my message to the American people: America is on the move once more. And things are going to change for the best in your life.”

“THE UNITED STATES OF AMERICA IS MOVING AGAIN”

The law represents the largest federal infrastructure investment in more than a decade, and its passing represents a huge and bipartisan victory for the Biden administration’s domestic program. The proposal includes $65 billion in funding to increase internet access, with the objective of universal connectivity by the end of the decade. Another $7.5 billion will be spent on expanding a nationwide network of electric vehicle chargers.

READ ALSO: Lets look At The Price And Specs Of Apple Watch Series 5

Biden had planned to push through this infrastructure money combined with a multi-trillion-dollar investment in social programs and climate change at the start of this year. The infrastructure bill, which was signed into law on Monday, was a sliver of a larger social expenditure package that was approved by the Senate by a 69-30 majority in August. The bill was approved by the House on November 5th, with 13 Republicans voting in favor.

The House and Senate are still debating the second half of Biden’s domestic program, which totals roughly $2 trillion. This additional expenditure package includes $550 billion for climate change mitigation and $320 billion in tax cuts over the next ten years to stimulate the use of electric vehicles and clean energy.

Aside from the enhancement of social services, the second package provides a number of advantages for consumers interested in purchasing electric bicycles. If passed, the bill would provide Americans with a refundable tax credit of 30% of the cost of a new electric bicycle costing no more than $1,500.

In addition, the plan establishes a new $475 million Commerce Department grant program to assist low-income Americans in purchasing computers, laptops, and tablets. Community groups will be able to apply for funds to provide disadvantaged and formerly jailed persons with free or subsidized smartphones.

Congress returned to Washington on Monday to continue deliberations on a bigger social spending plan and to address other pressing matters, such as averting a government shutdown by December 3rd. It’s uncertain when Congress will vote on a plan to fund social programs.